The fortieth stop on my 50 States Against Bullying campaign brought me to Rhode Island. I took a three hour train ride from New Jersey to get here, which involved lots of sleeping, reading, eating, and then a little more sleeping. Immediately upon exiting the train station, I was hit by the beauty of the capitol surrounded by snow. 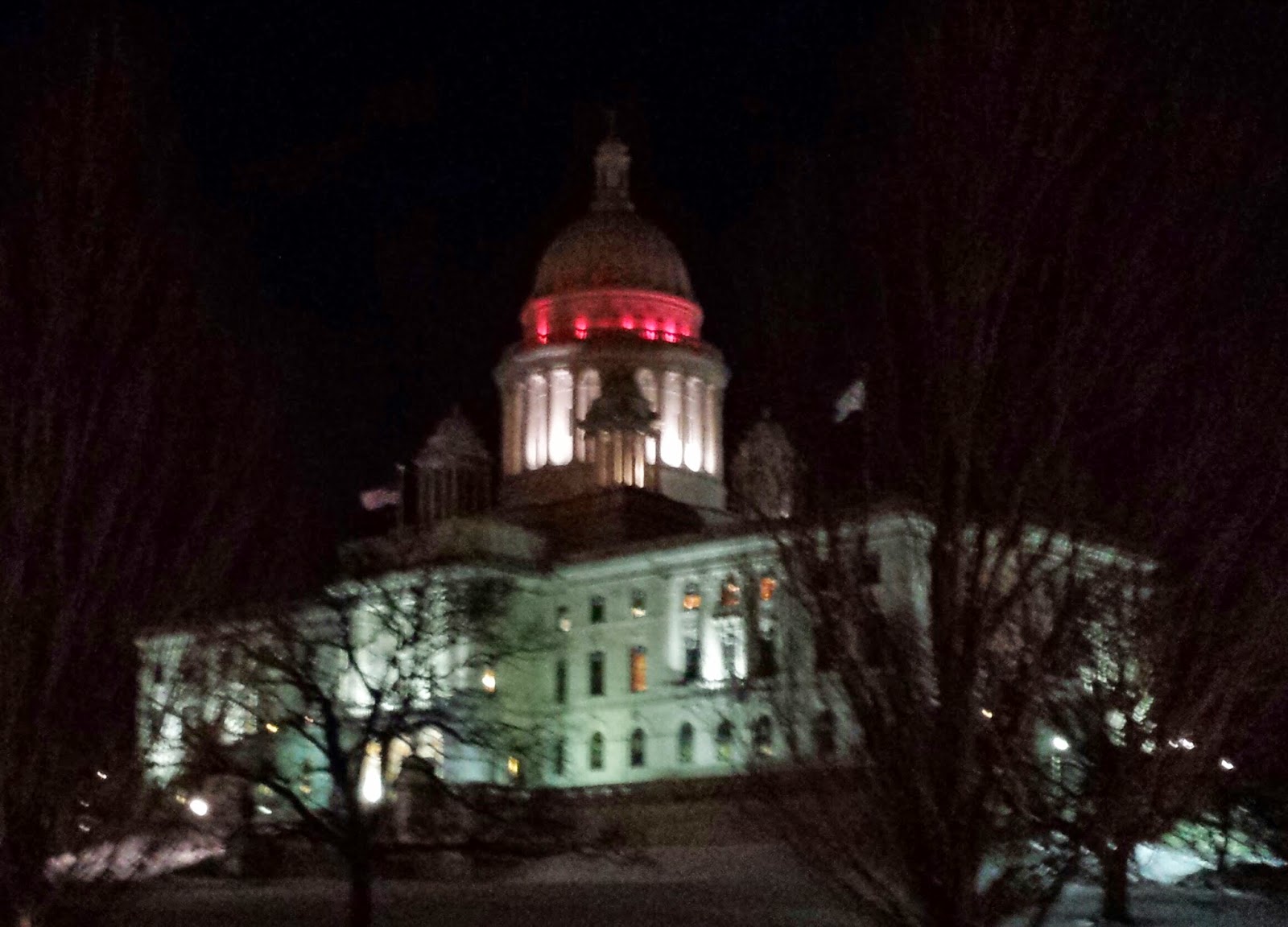 Now that I'm entering the final fifth of my cross country journey, which has been received well beyond my expectations, I'm beginning to notice lots of things that I'll miss that I didn't think I'd miss. For example, I'm going to miss the weather extremes (being from California, any weather is an extreme). I'm even going to miss the near-daily scramble as we try to figure out how to get me to my next stop when the weather throws me a curveball. But that wasn't the case in Rhode Island. Here, I arrived on time and was able to enjoy the snow, which I will definitely miss even though most locals can't wait for it to leave. 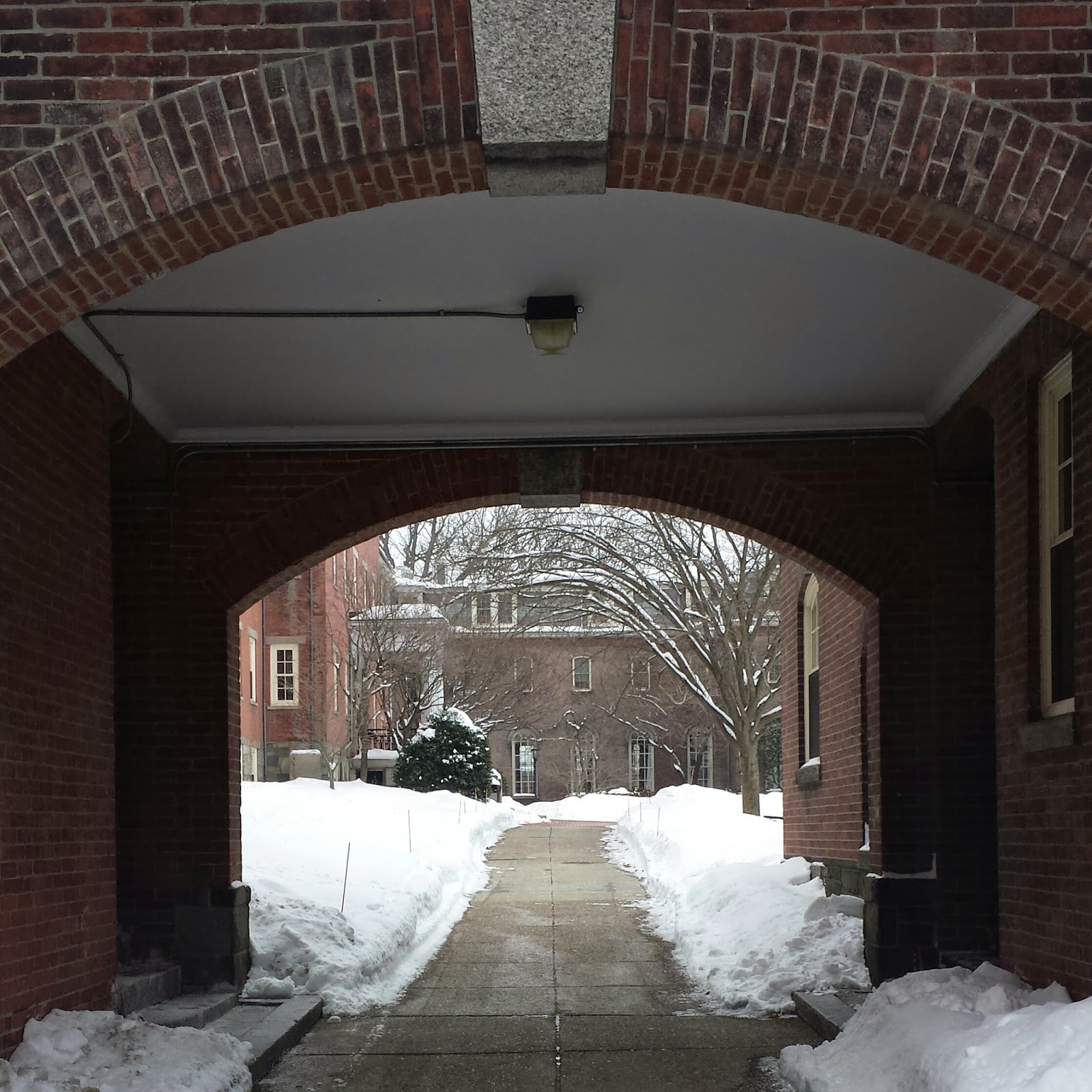 The buildings that make up Moses Brown School are beautiful on their own, but everything becomes even more beautiful with a dusting or dollop or dumping of snow. 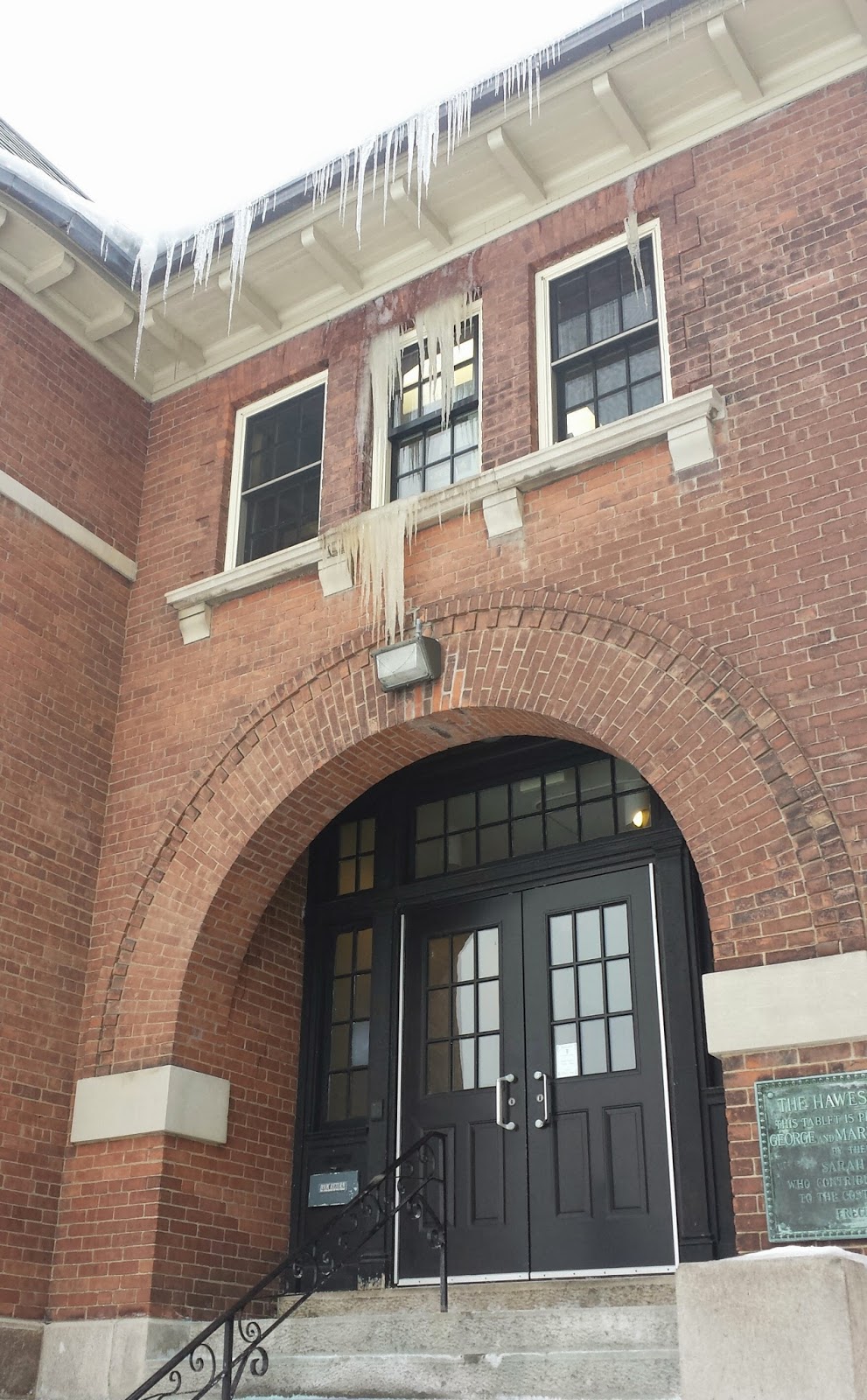 And lamposts! Lamposts in snow will always remind me of The Lion, the Witch, and the Wardrobe. 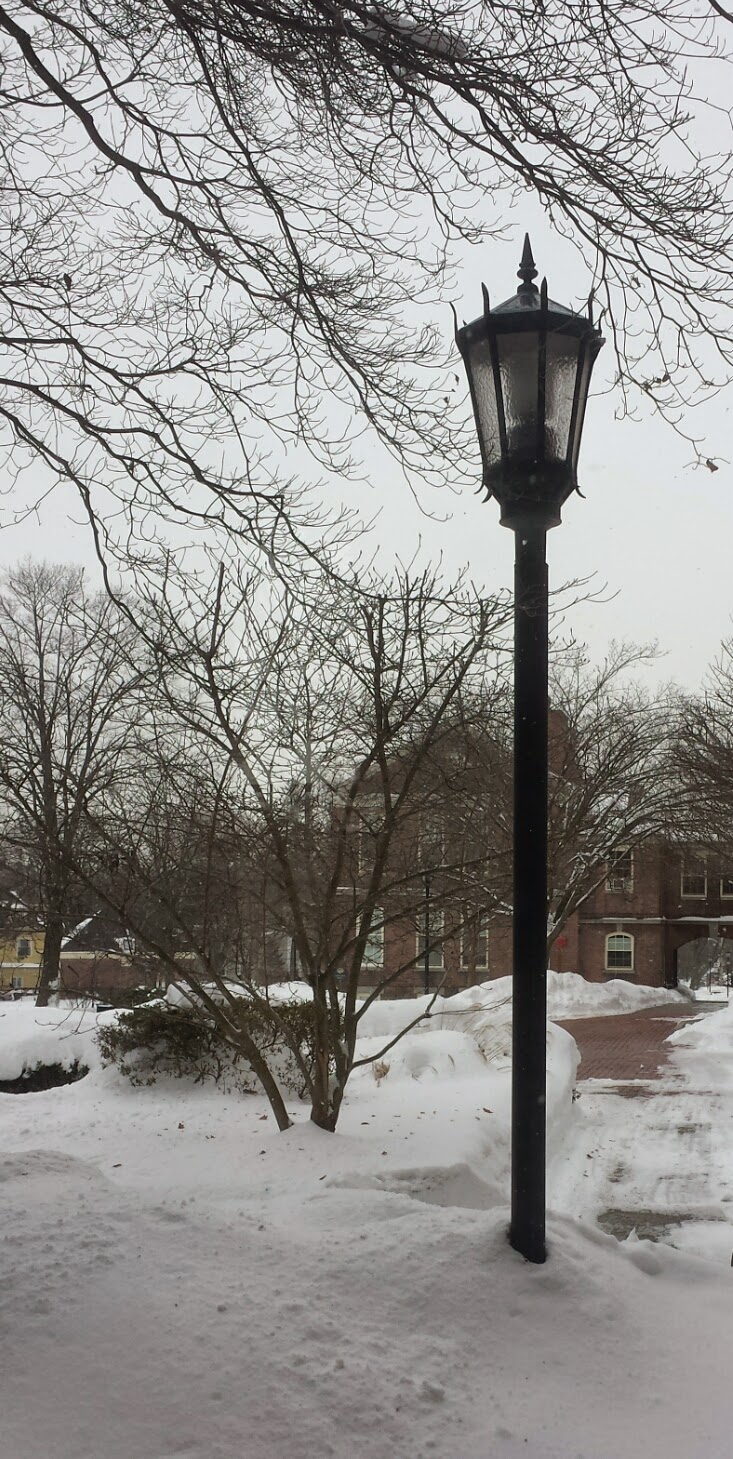 Inside, and out of the snow, I was definitely in the right place. 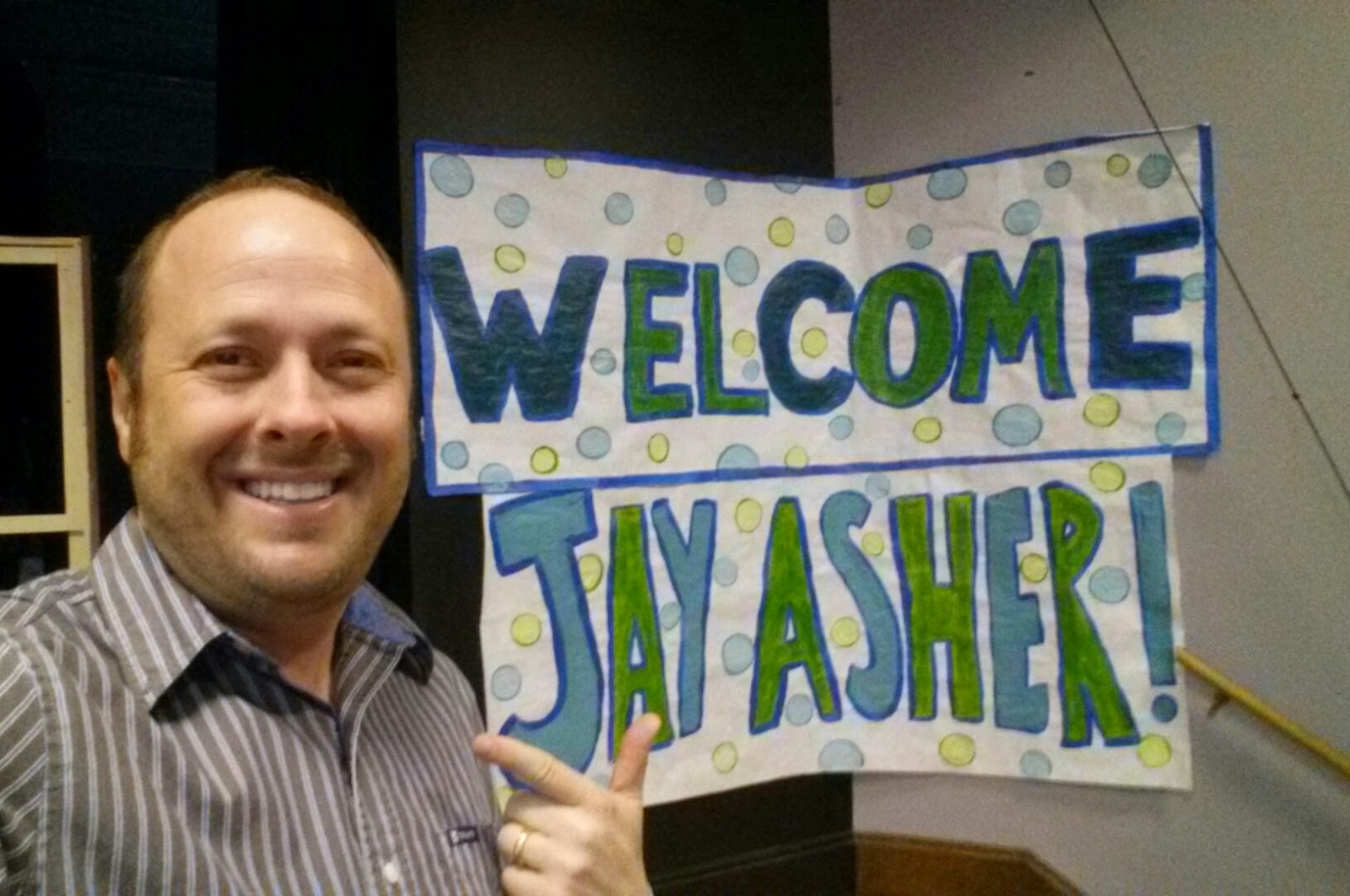 My audience was mostly seventh and eighth graders, but several high school students joined the school librarian on the left side of the stage. 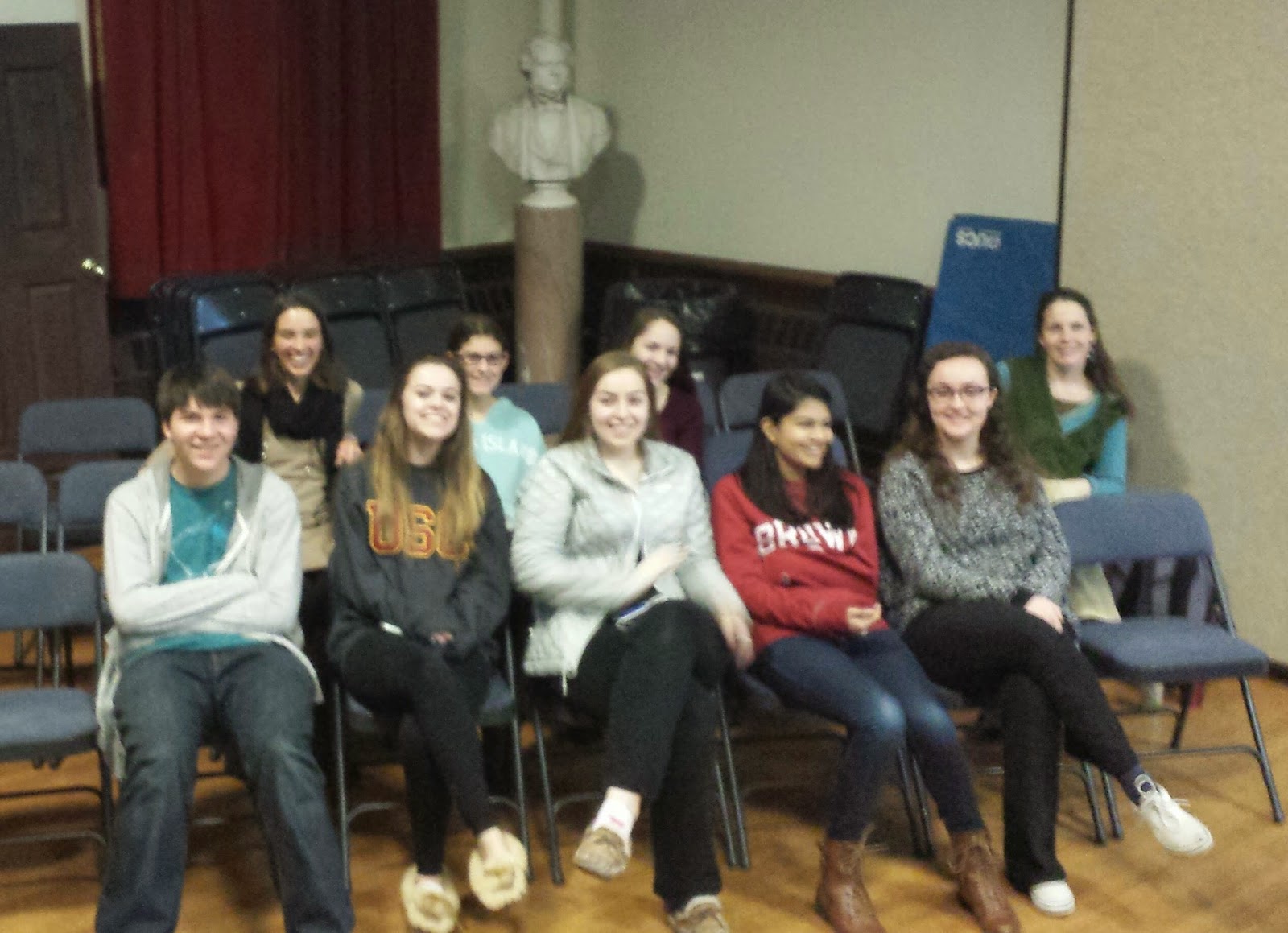 Straight ahead were the middle school students. If you look closely, many of them have sleeping babies near them. There were a lot of babies in this middle school! I began to wonder if that's because people are stuck indoors so much because of the snow, but it turns out the babies are part of a school project and aren't real. But they cried like they were real! When that happened, "Mommy" or "Daddy" respectfully and quietly got up to put them back to sleep or change a diaper. I have no idea how real the diaper doodie looked, nor did I ask. And to the right, more students!

Given a brief tour of the school on my way to the cafeteria to grab coffee, I saw uniquely painted tiles along one hallway. Seniors decorate the tiles to share something about themselves. I don't know what Mr. T represented for this student, but as an A-Team fan, I had to take a pic. 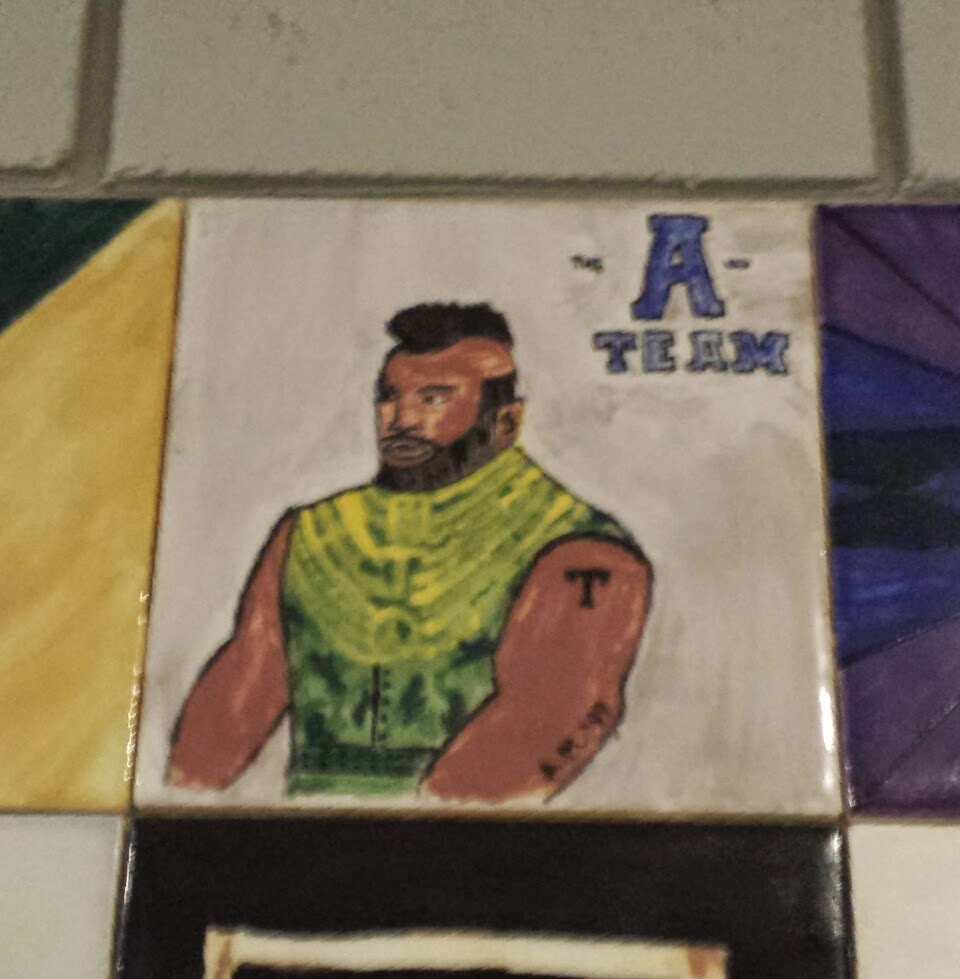 Did I ever tell you about running into Mr. T once? I did! My mom still doubts my story, but I really did! It was at the height of the A-Team. I was leaving a liquor store where I'd bought some candy when this limo pulled up. And out stepped Mr. T! He was in a tuxedo, but he still had the gold chains draped over his shoulders and across his chest. I looked up at him, but I couldn't say anything! My mouth just hung open as I looked up. He was huge! And he looked down at my dumbstruck stare and gave me this little smirk and... 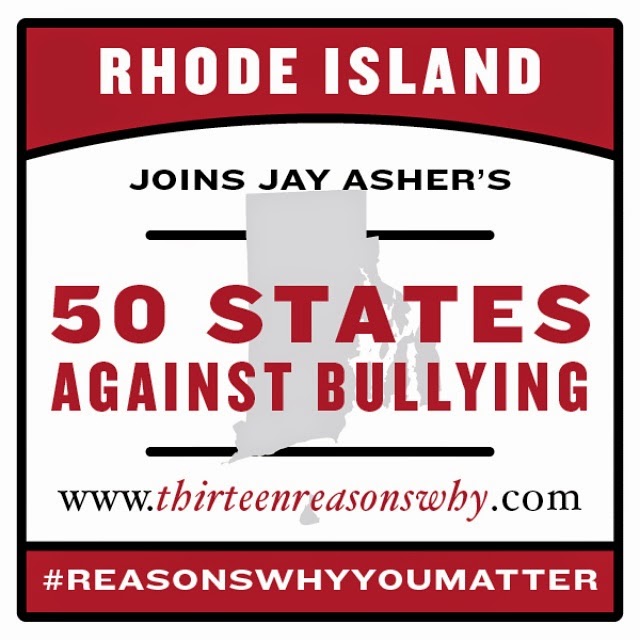 I swear it happened just like that.
Posted by Jay Asher at 10:00 AM