Stop number twenty-eight on the 50 States Against Bullying campaign had me in the snow for the third day in a row. This was my fourth time speaking in Minnesota (my next state will be a first), and I love coming back here. This visit let me meet up with friends, which some of you know as members of the paranormal investigating group Ghost Stories, Inc. for dinner. We ate inside the Mall of America, which includes huuuuuge Lego sculptures. 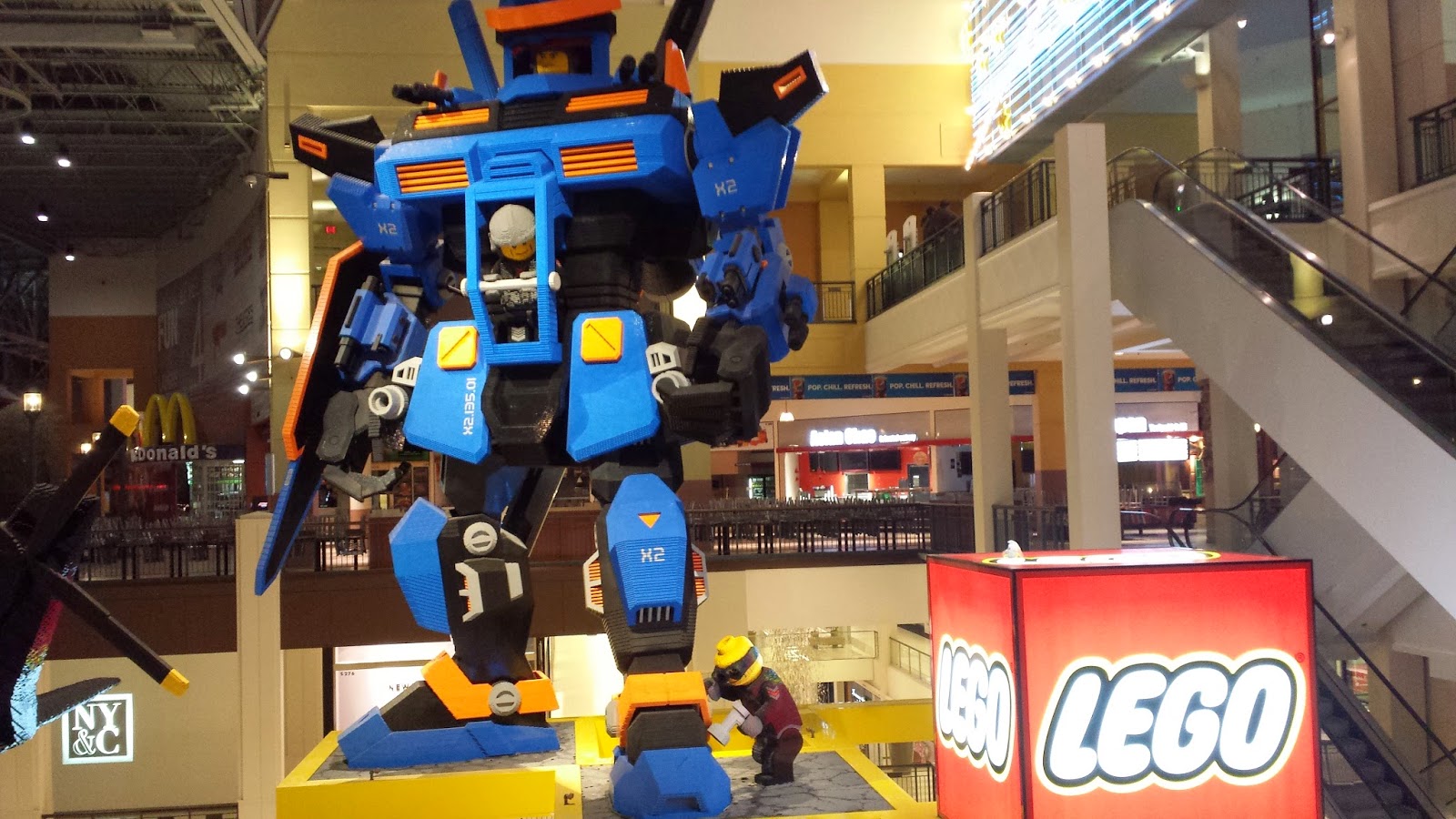 The next day, I spoke at Highland Park Senior High. Here I am with their book club. They're currently reading Thirteen Reasons Why, and will discuss it at their next meeting. The book they just finished was Winger, by cool dude, Andrew Smith. 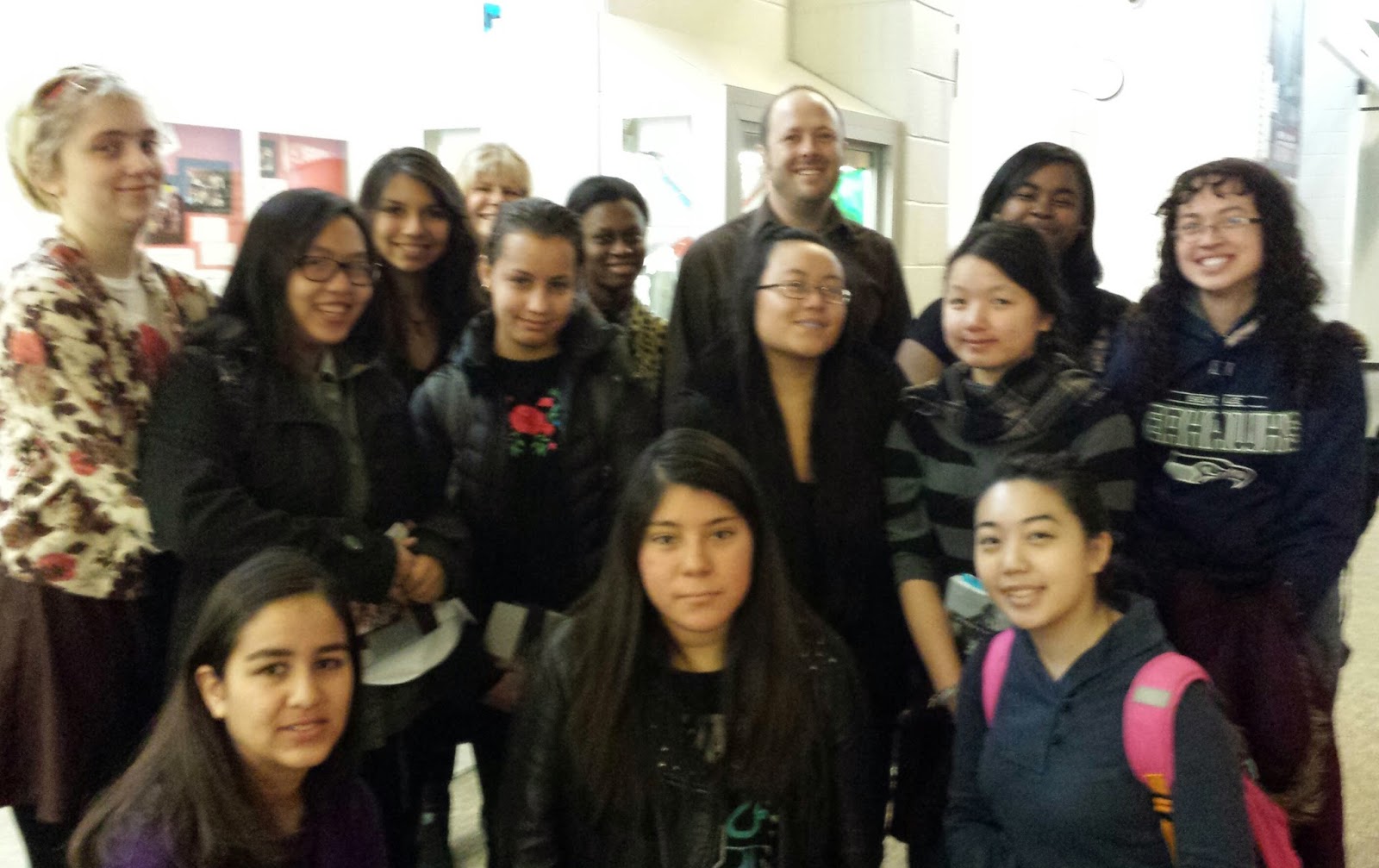 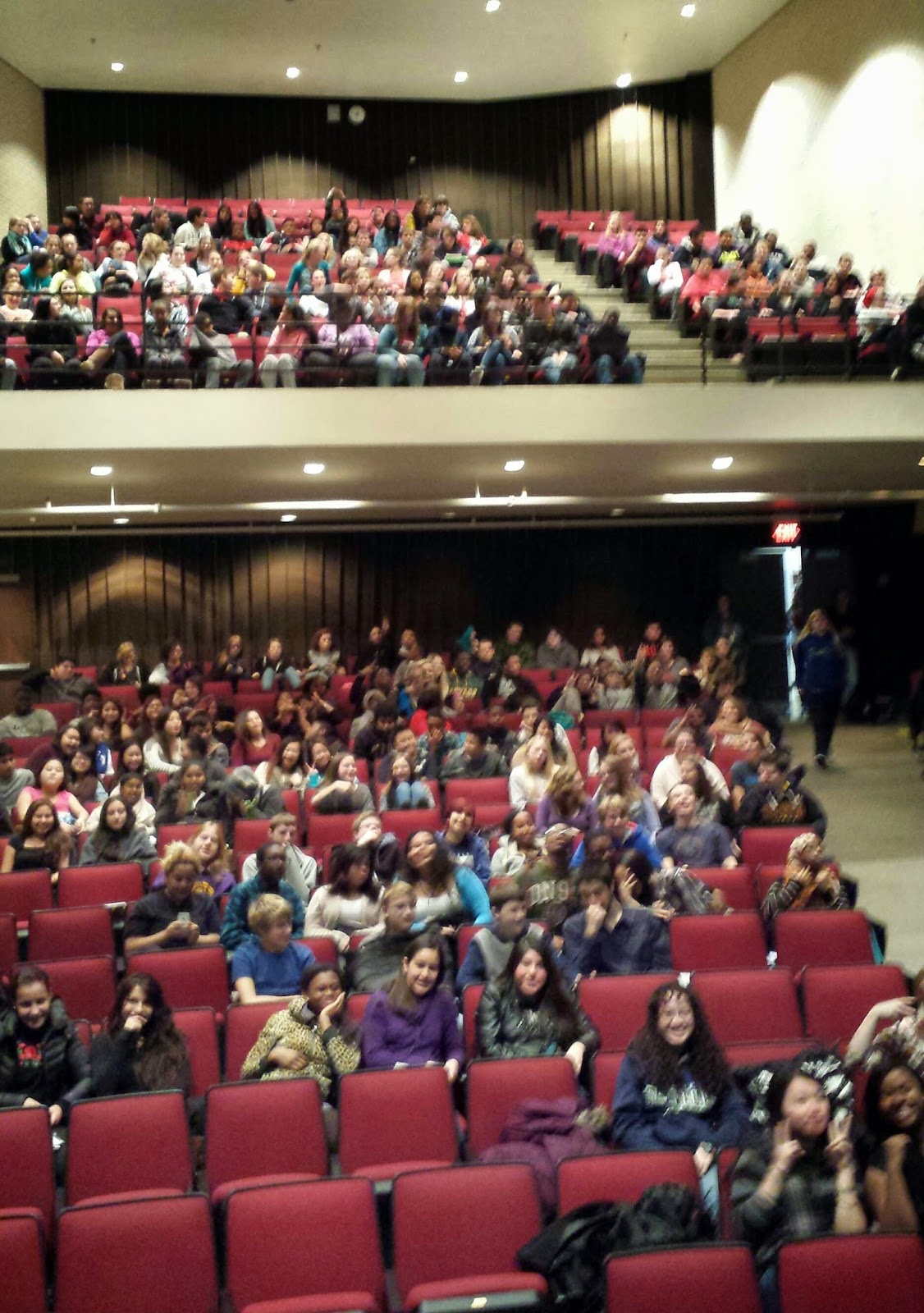 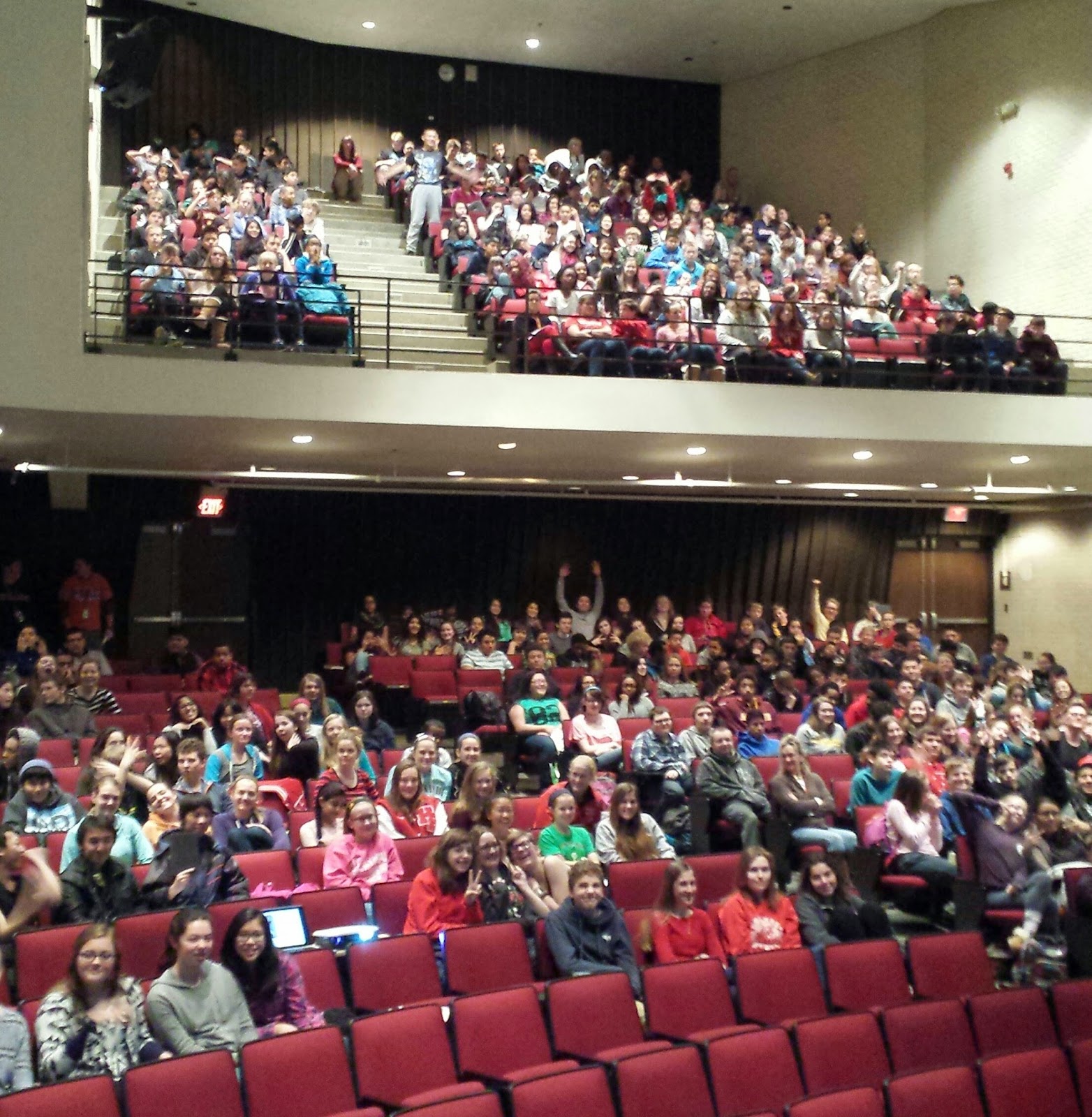 Afterward, Natalie (from GSI), gave me a quick tour of famous St. Paul homes before I headed back to the airport. While it hasn't been confirmed, Bob Dylan reportedly made one of his first recordings in this house. 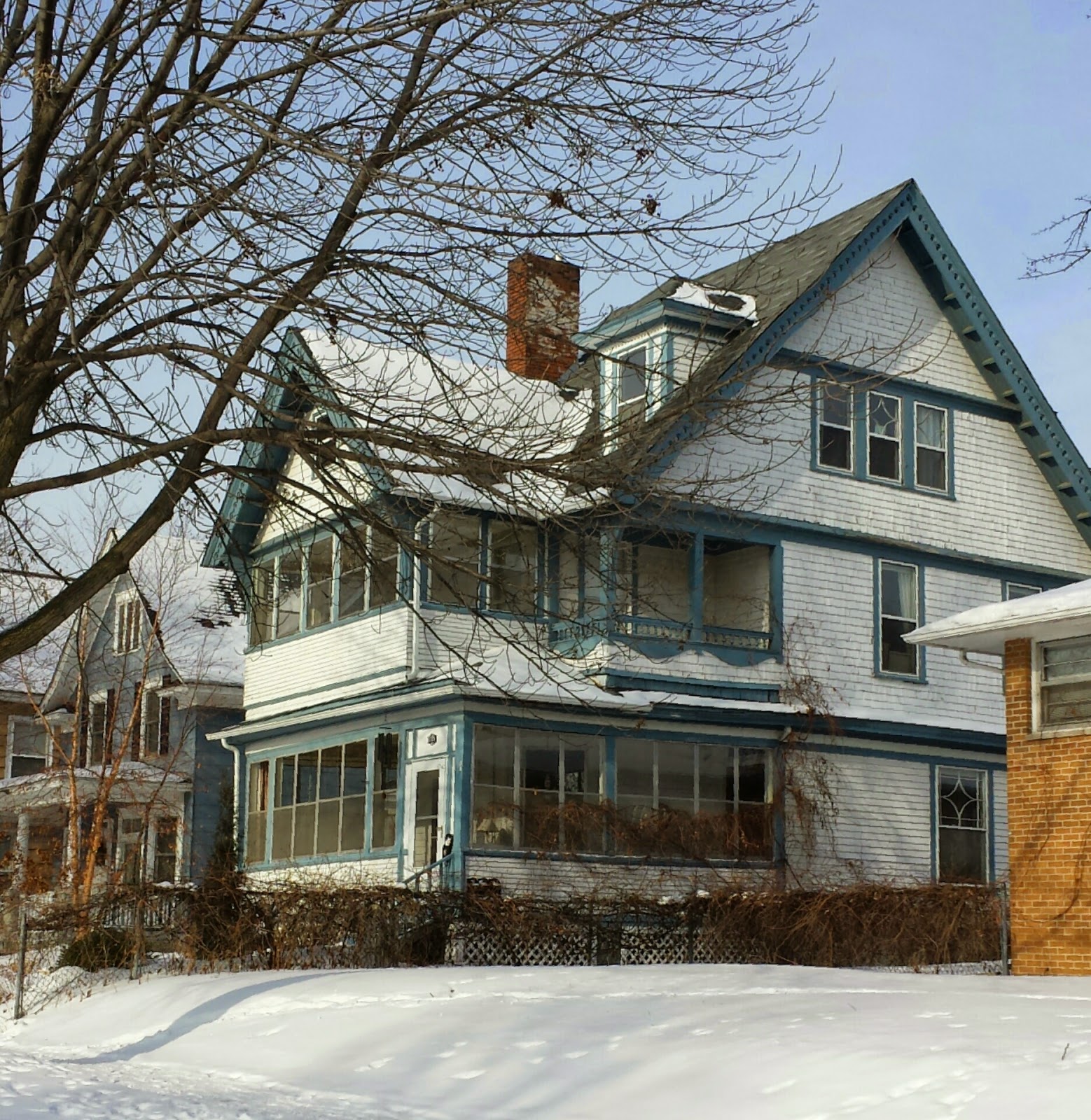 Since it isn't confirmed, that makes it a rumor. And rumors are bad. But...that's the house.

The next place has been confirmed as one of the many homes where F. Scott Fitzgerald lived. And that means this truly is a cool place rather than just a potentially cool place. 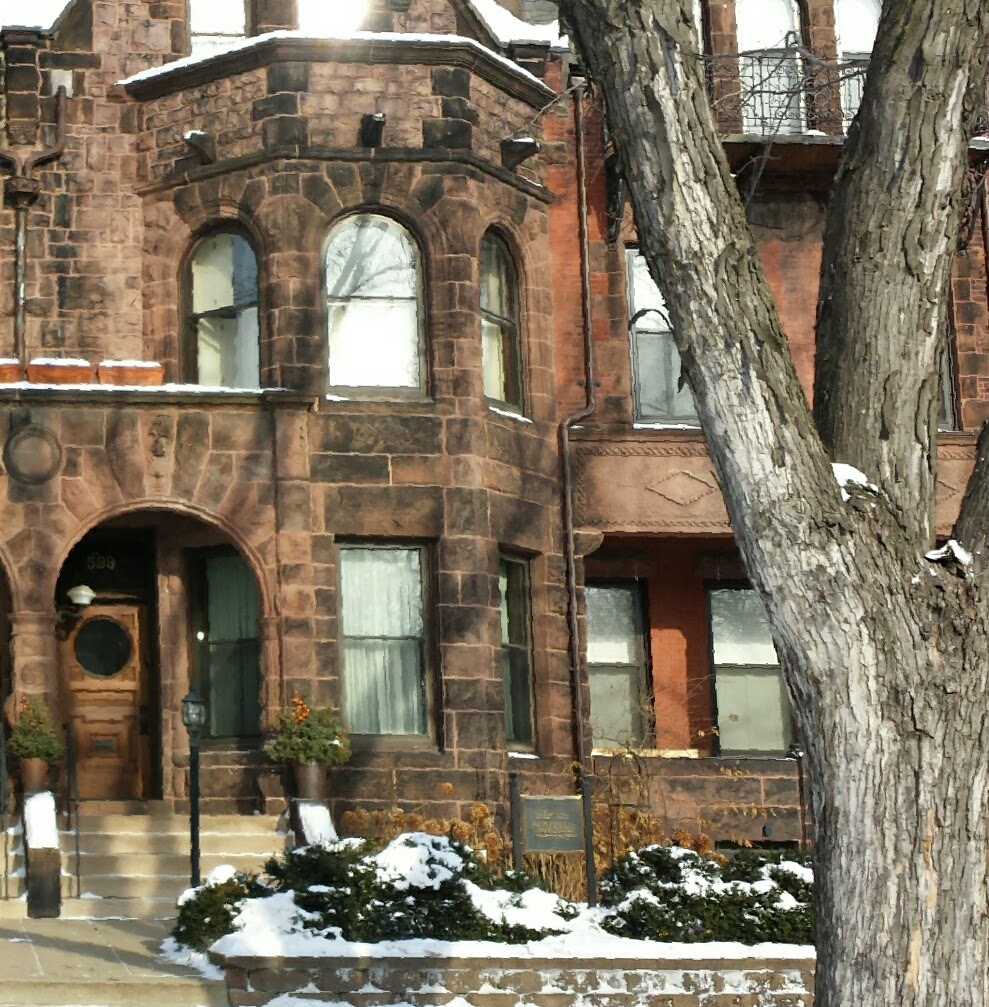 My creative idol, as many of you know, is Charles Schulz. And this is where his family moved when he was four years old. 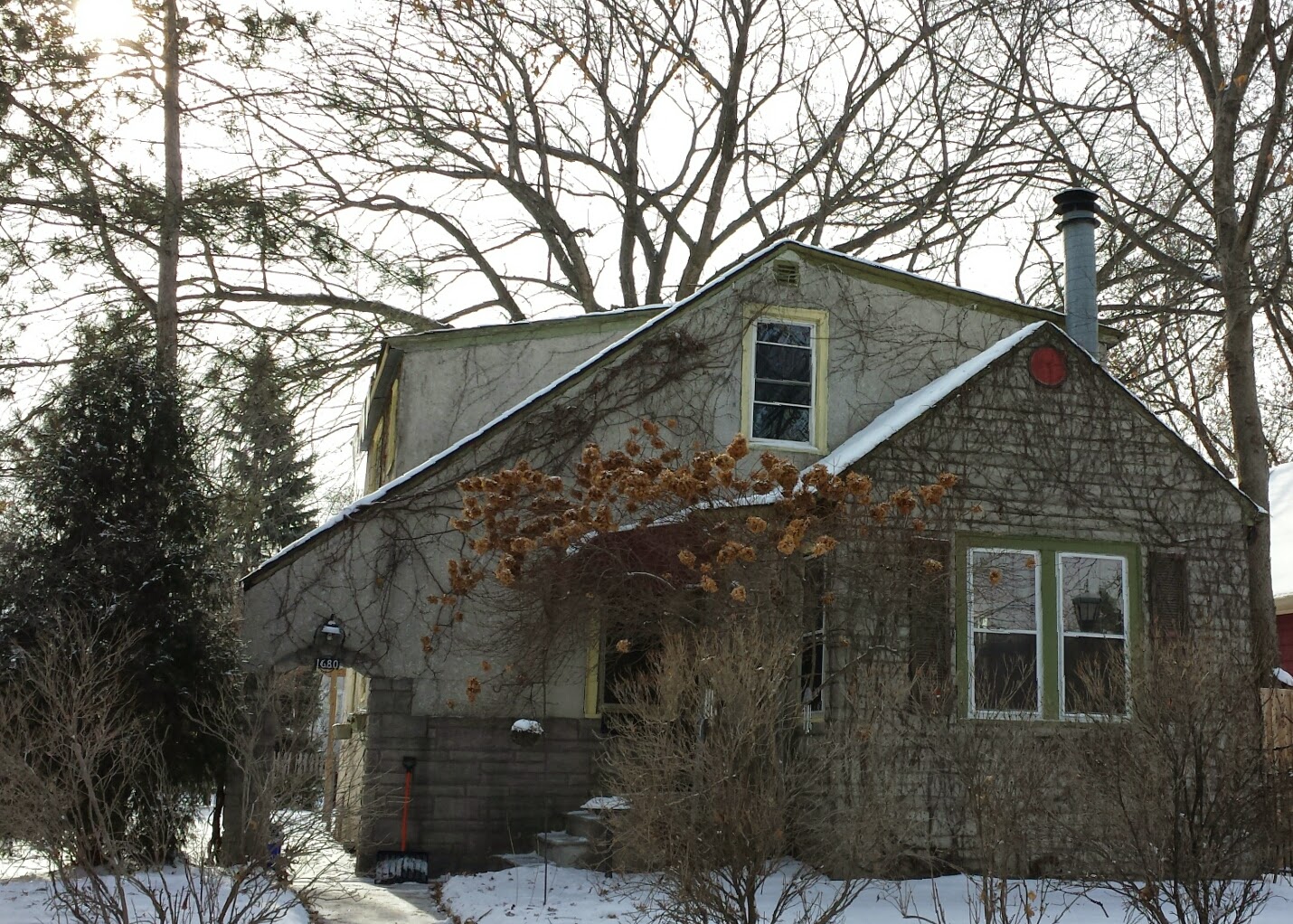 They moved again to this next house, where he spent much of his childhood. Which means that when Mr. Schulz reminisced about his childhood while creating Peanuts, this is a significant place he thought about. Which makes this one of the most important places in the history of ever! Like, when he created his classic Christmas strips and cartoons, this was his inspiration. How...cool...is...this!?!? 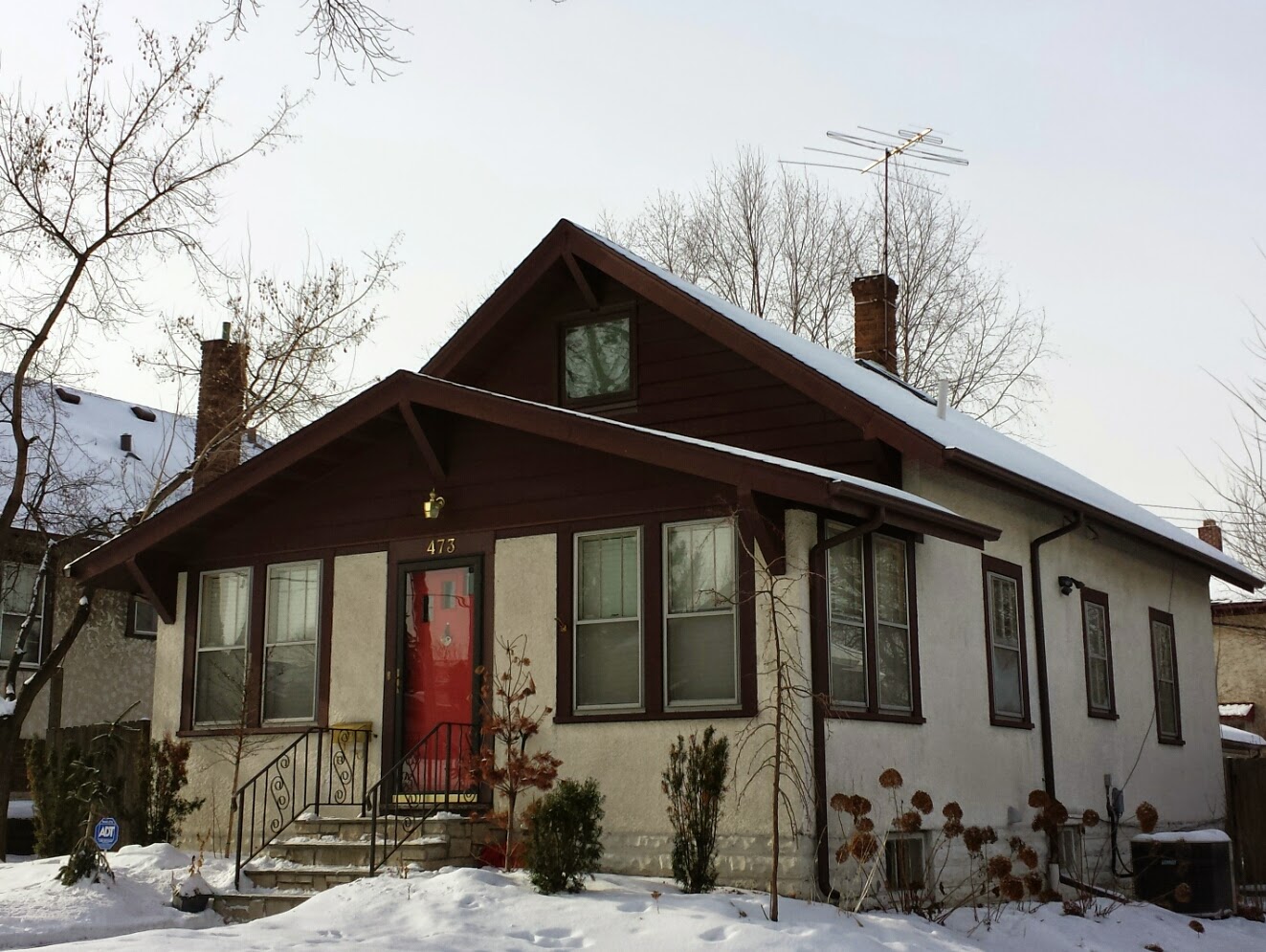 So I had to eat some snow there. 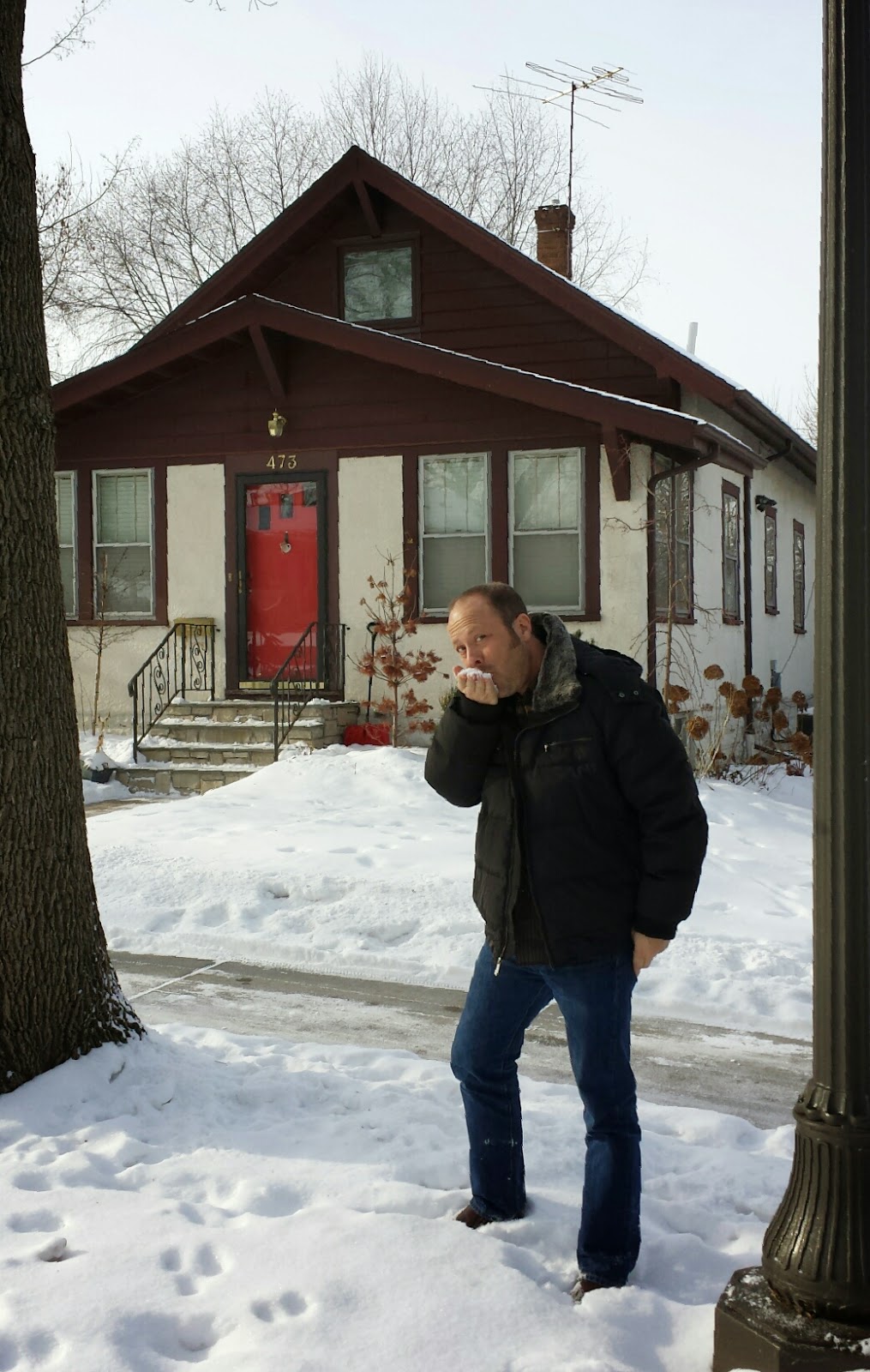 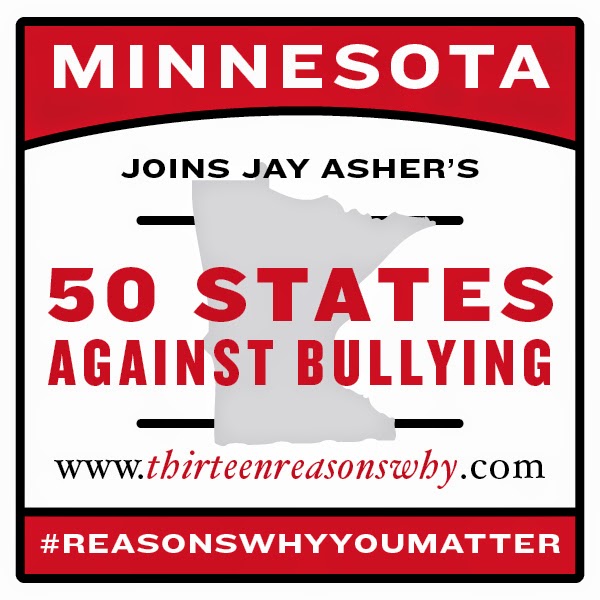 I see doggie prints. I hope that snow wasn't yellow.

Glad to hear you had a good time in my home state! We're always happy to have you here. :) (I got to see you speak on one of your former visits.) :)

Hi Jay my name is Samantha Rivers and I got the pleasure to hear you speak at my school Highland Park High School and you where talking about a movie? I was wondering if there would be auditions for any of the parts for the movie and where they would be held I really connected with the book so I was wondering if you could get back to me on this topic I would really like to be a part of the movie if I could thanks! my email: Candywonderlandno7@gmail.com