Stop number seventeen on the 50 States Against Bullying campaign brought me to Ohio. The night before my school visit, I spoke at Cover to Cover, a children's book store. I found the absolute perfect spot to autograph their wall, which already overflowed with drawings and signatures. Since my son loves garbage trucks, I signed above the truck from one of his favorite books, I Stink! 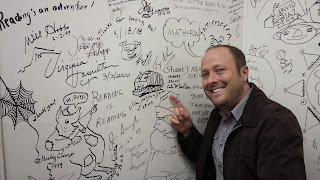 It was freezing when I arrived at Hilliard Bradley High School. Being from the central coast of California where the weather hovers somewhere between nice and pretty nice, I thought the chill was fun! Sometimes I even took off my jacket for no reason other than just because, and people would look at me weird. But all I had to do was tell them I was from California and they seemed to understand.

The school's library windows were decorated with #ReasonsWhyYouMatter cards, and inside they displayed other books that dealt with bullying. 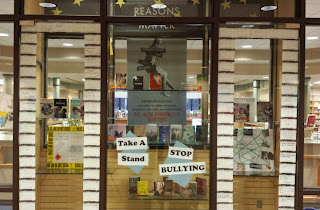 The hallways from the library to the front entrance were covered in posters either inspired by the issues in my book or the book itself. Here are color-coded names from the cassette tapes, each color representing characteristics explained in a separate paper. 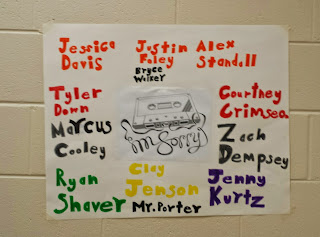 Here's a description of the effects of bullying. 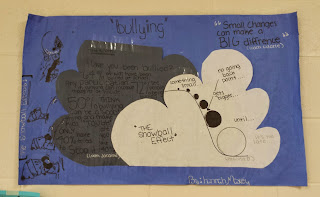 And here's an explanation of different types of bullying. 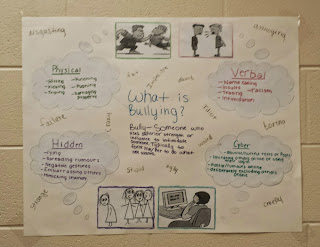 Thirteen Reasons Why is used in classrooms at this school, and one teacher showed me the book she uses for their discussions. One day I would love to sit in on a class as they dissected my book. It'd be so weird! And cool! And scary!

And here are the beautiful people I got to spend my day with. 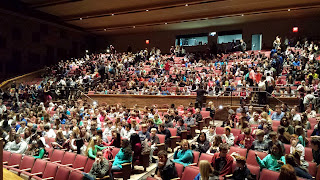 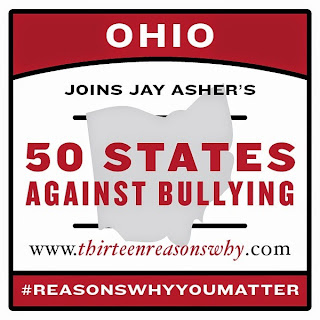 As I drove to my next state, it began to snow. But not a lot. It looked more like the trucker in front of me had a horrendous case of dandruff and drove with his window down while he headbanged to the radio.