If you've followed my blog for over a year, you may recall that I head to L.A. each summer for the Society of Children's Book Writers & Illustrators conference. Why has this been an annual pilgrimage for me since 2000? I attended this conference for eight years before my first book came out for the inspiration, advice, and community. And now I get to return the favor from the other side of the podium. Here are the writers who attended my workshop on adding suspense to any novel. 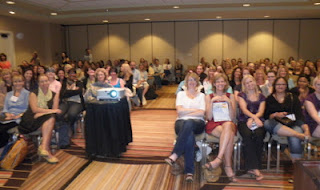 For that presentation, titled No Bookmarks Allowed!, I used this photo of Lisa Yee being terrified by M&Ms. (Yes, it makes sense within the context of my talk. At least, I hope it does!) For the rest of the conference, she had people asking her about this rather unusual phobia. 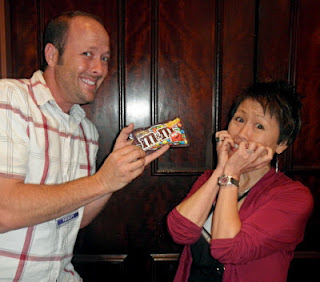 I gave a second presentation with fellow Class of 2k7 classmates Greg Neri and Greg Fishbone (The Gregs) on using social media to promote your books. This photo was taken at the faculty afterparty, not during our workshop (in case you thought this was one of those conference where no one's actually there to learn, they just come to party). 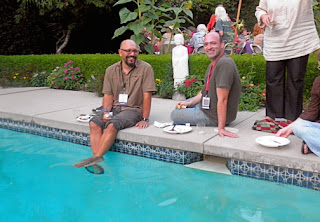 Speaking of parties, yes, that's definitely a part of it. They had DJs! They had dancin'! And since the theme was the Hippie Hop, they even had a cocktail called Purple Haze! 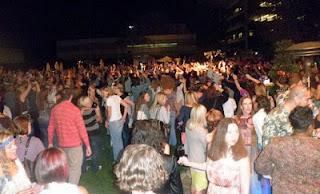 Here I am with Tammi Sauer and Sue Fliess. Peace! 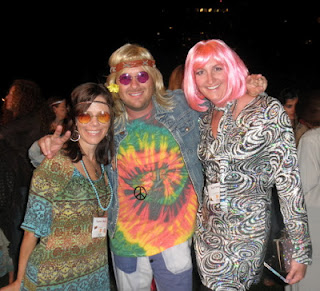 There was a limbo contest. And just because Lin Oliver is SCBWI's Executive Director, she didn't receive any special treatment. 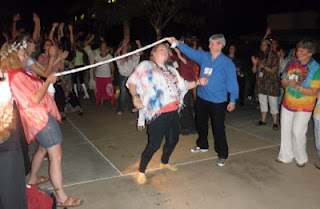 I met Pamela Wells, whoseHeartbreakers novel is being developed as a movie called Hot Mess with Selena Gomez. Though we initially connected because of the Selena connection, we also left as friends. 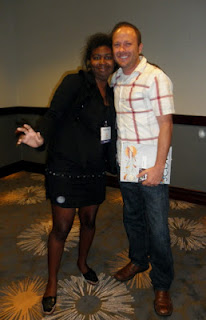 For those of you on Twitter begging for daily updates on the Thirteen Reasons Why movie, I did have lunch with two of the movie's producers while in L.A. Unfortunately, I can't tell you any of the cool details we discussed. Oh, you're still going to ask? Well, that's part of why I love you! I met Sara Shepard, who wrote a little series called Pretty Little Liars. (During our conversation, I didn't get the feeling she was lying about anything!) 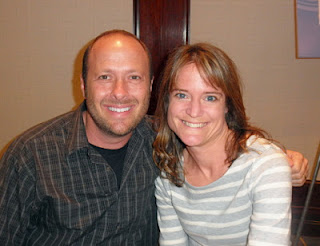 Nikki Grimes attended our 2k7 workshop, which was kind of intimidating because she's kind of completely awesome. 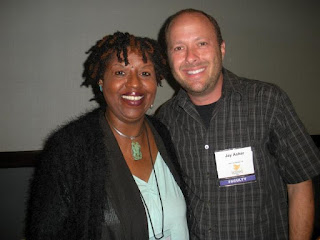 Dan Gutman wrote one of my favorite middle grade books, The Kid Who Ran For President. 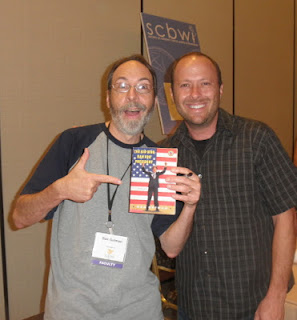 This conference is a great chance to hang out with author friends you rarely get to see, such as Jennifer Bosworth whose book Struck received a great blurb from a guy named Me. (That's not his real name, but it's what I call him.) 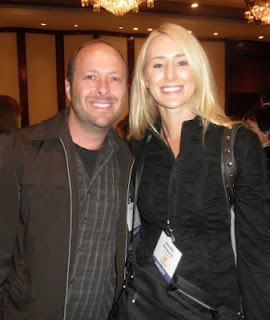 The autograph party is always crazy, hectic, and fun. For the past few years, I've been lucky enough to sign beside Jim Averbeck. Getting to chat with him between autograph duties has become a nice way to end this annual conference experience. 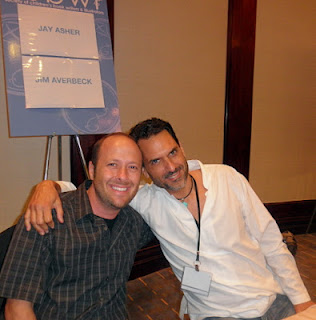 Of course, I get plenty of books signed, too! I still have most middle grade and teen novels personalized to me, but Isaiah's building quite a collection, as well. The first book I had signed to both of us is The Great and Only Barnum by Candace Fleming. 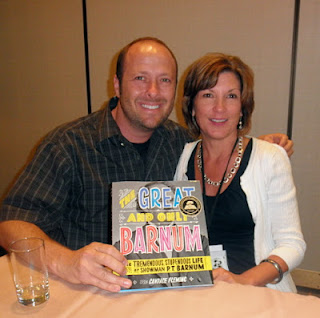 Here are all of the signed books I brought home for Izzy: 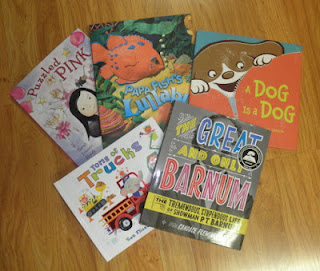 I'll begin reading them to him tonight!﻿
Posted by Jay Asher at 2:15 PM

Hi! I read both of your books (but I liked the first a whoooole lot better!) :) Just a little thing, shouldn't it say 'the Dutch cover', instead of the Netherlands cover? Since you're doing that with all other countries as wel...
Also, the Dutch cover of the future of us is really pretty! Very facebook-y ;-)

I soooo wish I could have been at the conference. Maybe next year. :) Looks like you had a blast and you and Greg had a great turnout for your session!!

This looks like such a freakin' blast! I love the party and pool pics (they seriously had limbo?)!!! And the hippie costumes were quite groovy. :0)