The forty-ninth stop on the 50 States Against Bullying campaign was another Snow Day redo from a several weeks ago.  This, my last state in the "lower 48," was also the first state to ratify the U.S. Constitution. (No, I'm not smart enough to have memorized that fact. It was a part of my introduction.) There wasn't any snow when I arrived the night before my event, but as I drove to the school the next morning, it began. But it was too late to call another Snow Day, so take that Mutha Nature! 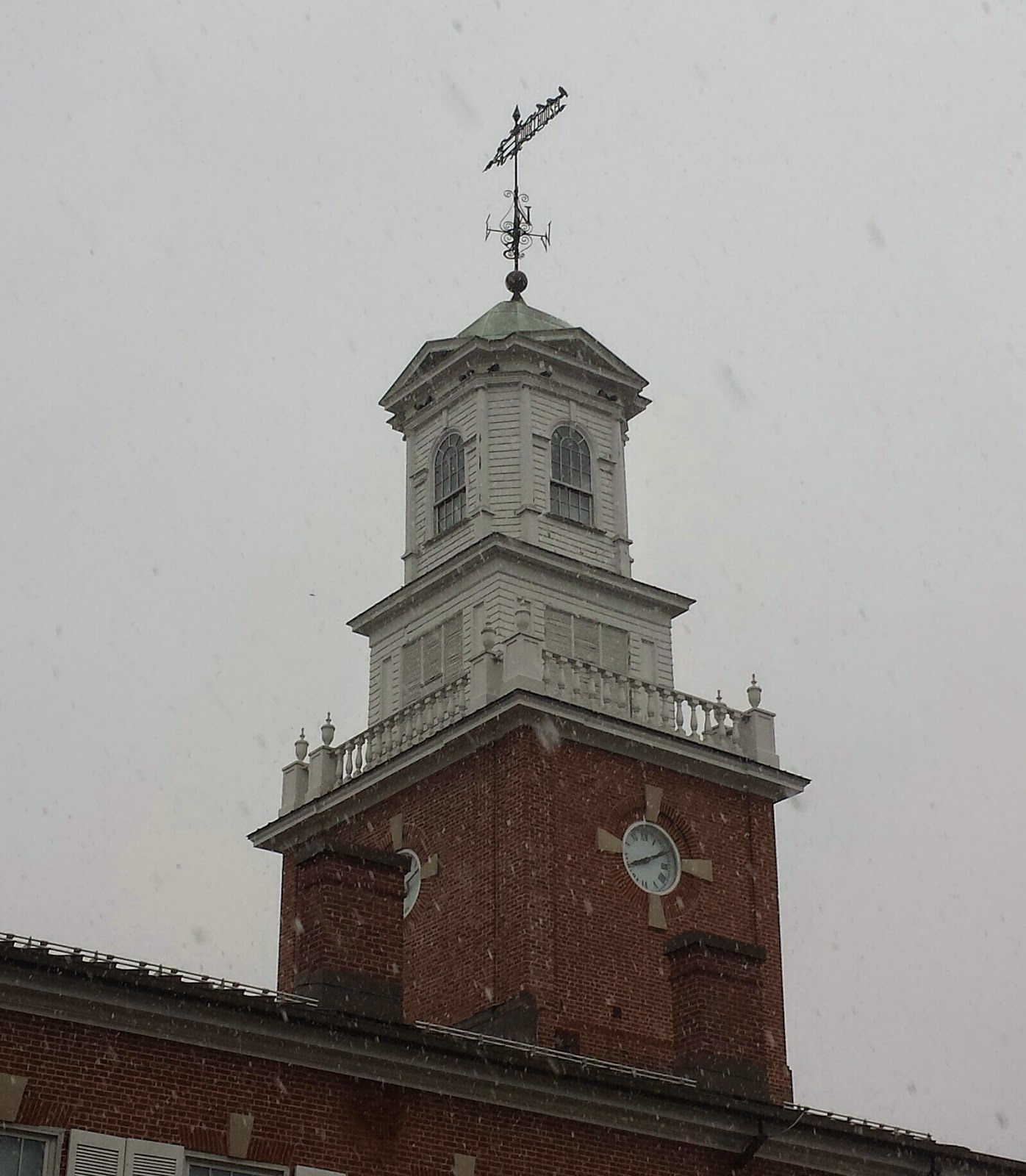 After a long drive and a couple cups of coffee, the first thing I had to do was find the nearest school restroom. I always love seeing notices posted around schools. Every school has their own issues to deal with. At Sussex Academy, apparently too many people eat in the bathrooms. 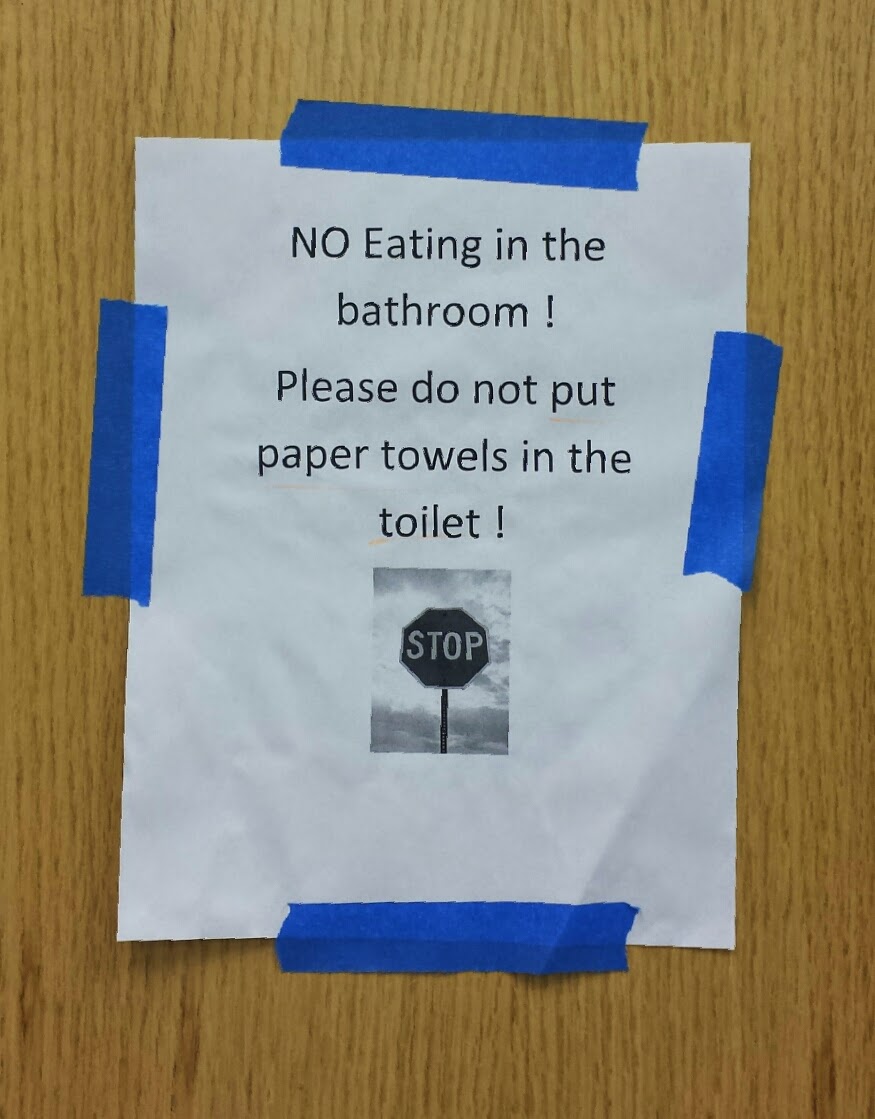 I spoke to classes from grades six through ten. It's always interesting to speak to a wide range of students because there's always one group that's the most fidgety. Everyone paid attention and there weren't any problems, but one group is always the fidgetiest (which spellcheck says isn't a word, but it also says spellcheck isn't a word, so...) no matter what state I'm in. But I'm not going to call out the middle schoolers because I don't want to embarrass them. And they were all awesome!

This school does a lot to establish a healthy culture within their walls. Even just recognizing that a school can have a unique and important culture goes a long way toward thinking about how to keep it encouraging. At the beginning of the year, students write positive messages and group them together to create the feathers of a seahawk. 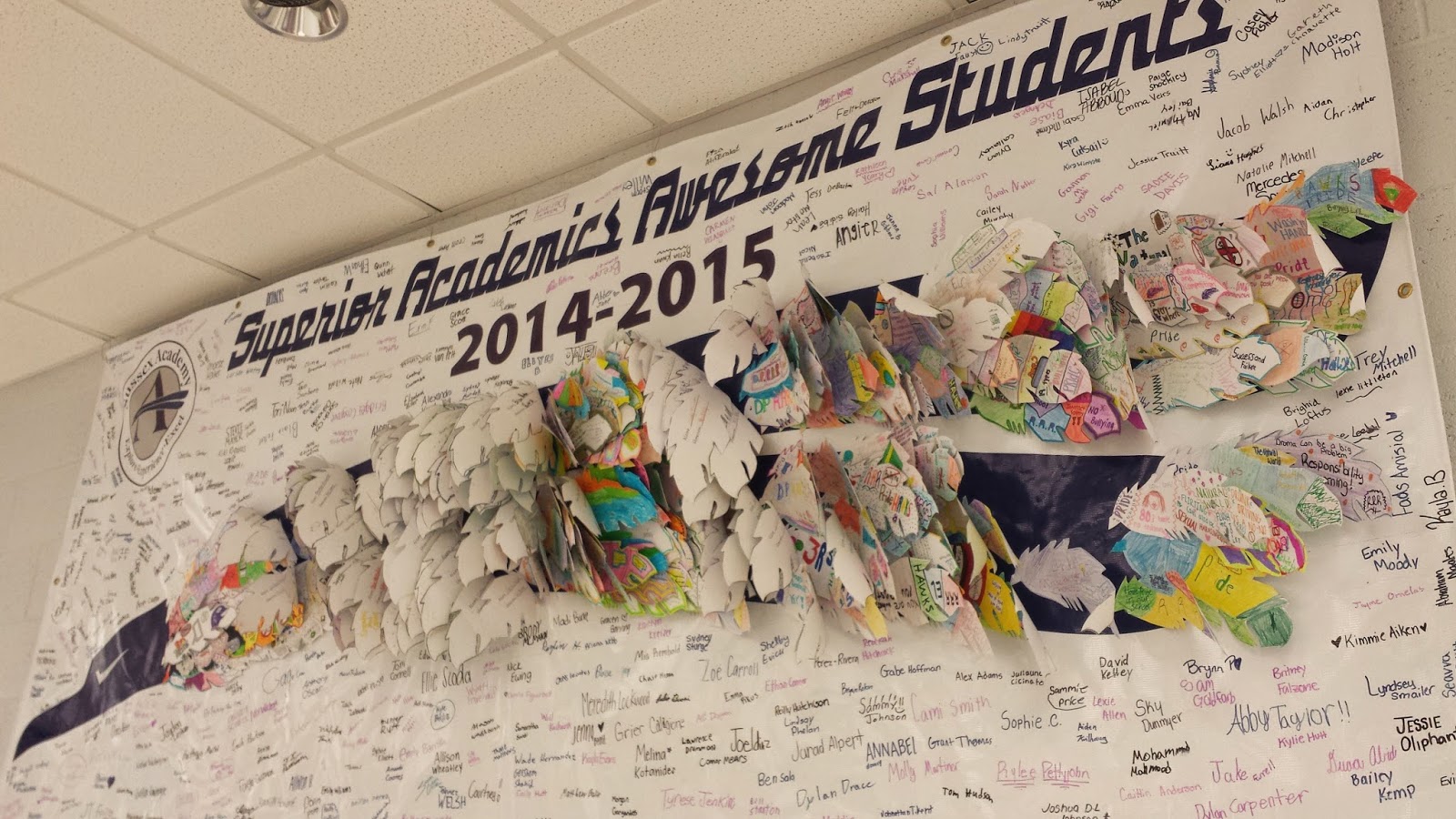 The school created a detailed unit called Chain Reactions: A Mini Schoolwide Expedition to study how even little things can turn into big issues in both a negative and positive ways. This is discussed using all sorts of teaching areas, from literature to science.

Many students created Found Poems using words and phrases found within Thirteen Reasons Why. It was both inspiring and humbling to read so many of them over lunch. I am such a lucky author! 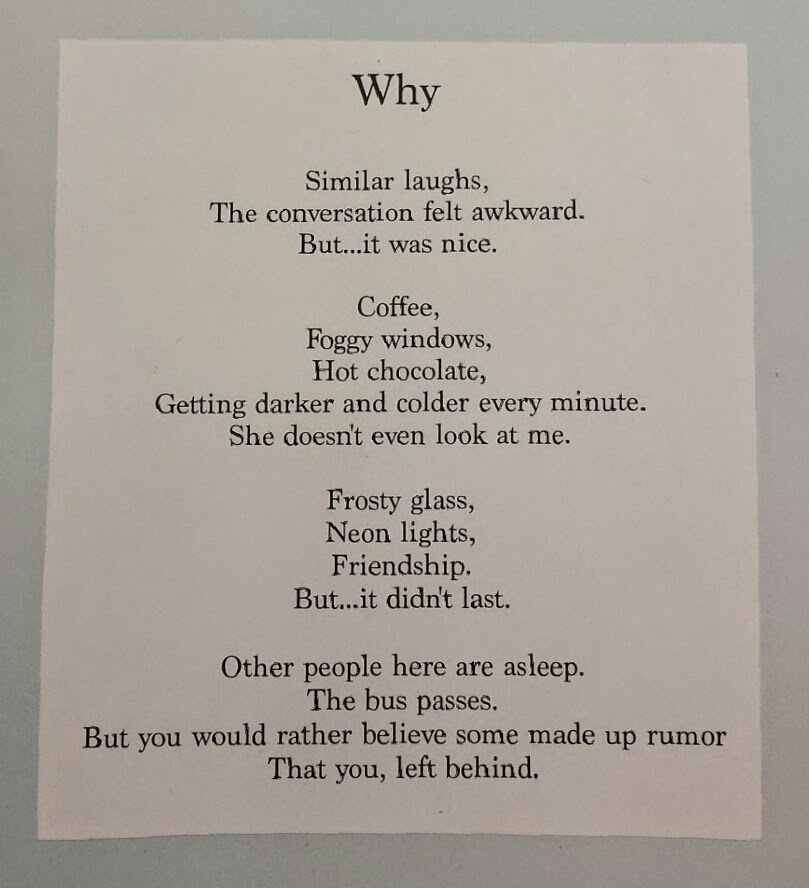 By the way, I have now committed to memory the state that first signed the Constitution. And you probably have, too! 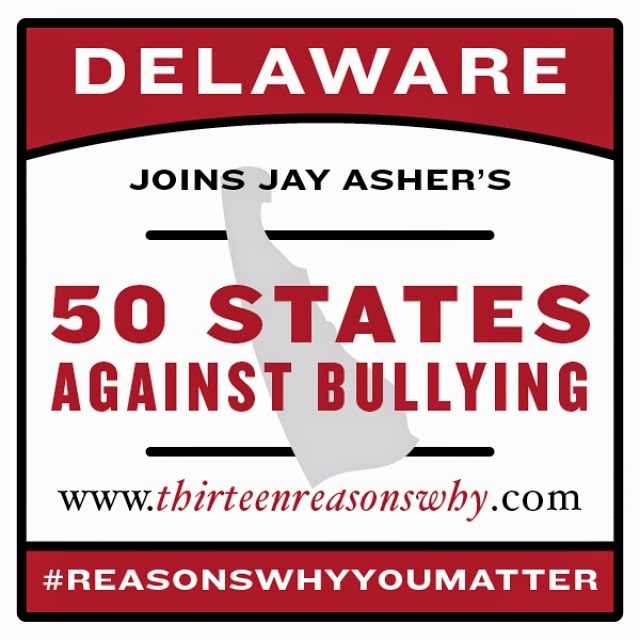 Thank you so much for coming to my school today! I really enjoyed meeting the author behind a book I have loved for a few years!