This year, the Romance Writers of America (RWA) held their annual conference in San Antonio, Texas. Remember the Alamo? It's in San Antonio. But you're supposed to say it like this: 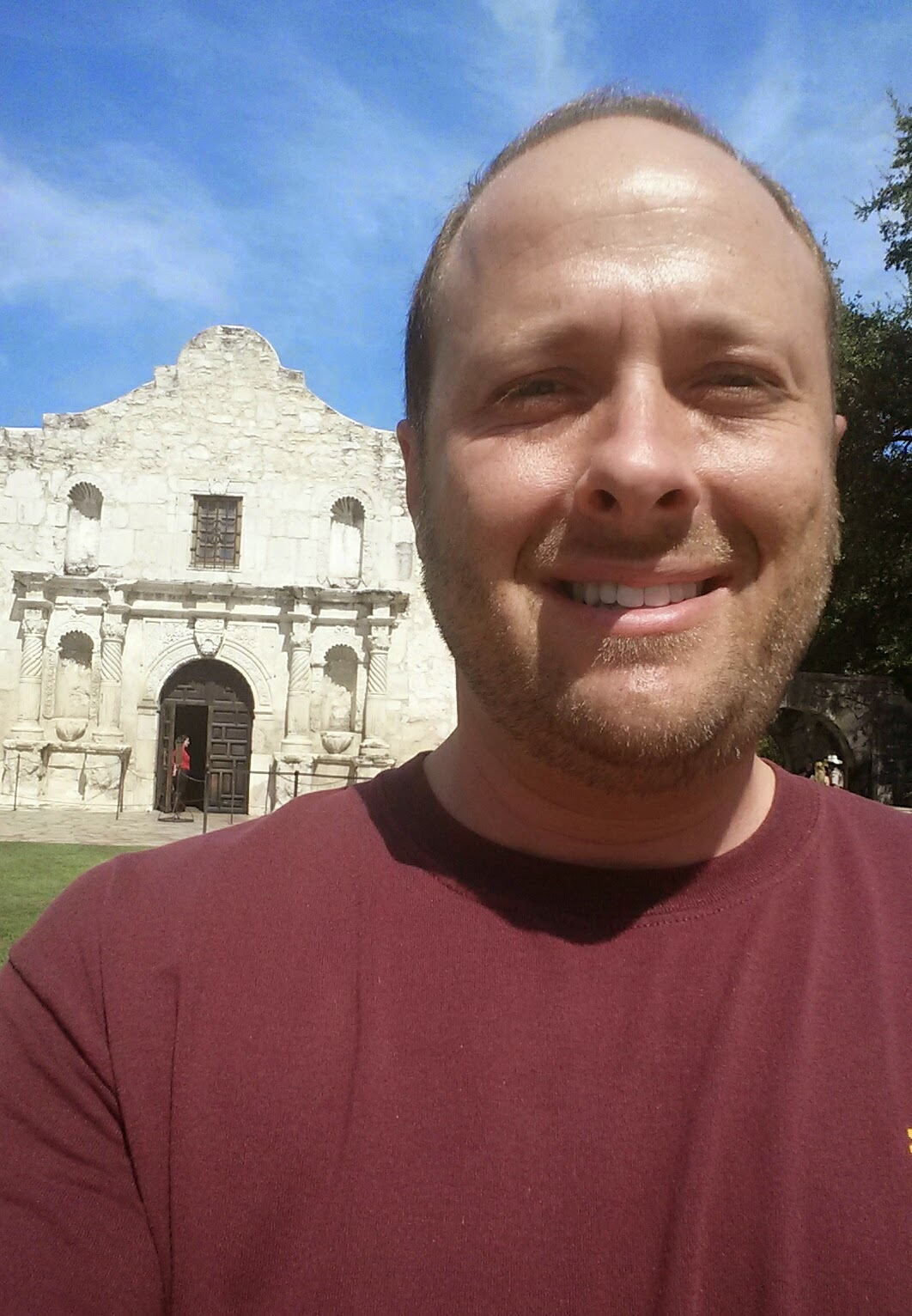 I spoke at RWA's Day of YA, giving a speech called Back to School, where I described why I love school visits so much (even though I still get stagefright and am shy), and hopefully encouraged other authors to enjoy them just as much.

When you attend the Day of YA, you're given a pink flower to wear throughout the rest of the conference so YA authors can identify each other amongst the thousands of boring authors (I mean, authors who write for adults). 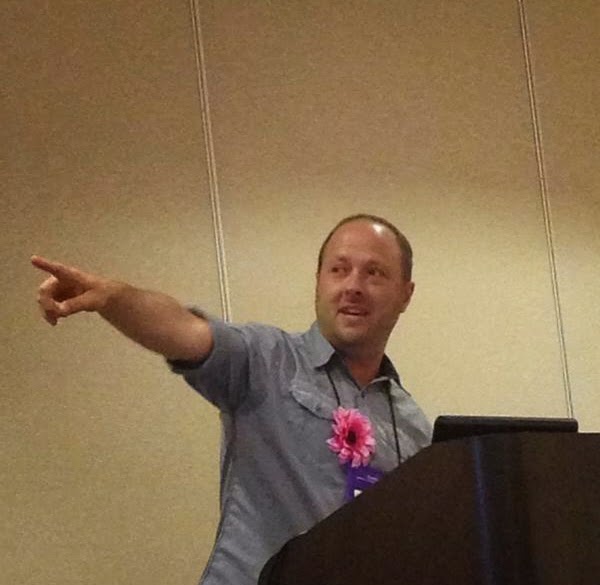 It was my first time meeting fellow YA author, Simone Elkeles, but I hope she becomes one of the authors I regularly run into. She's hilarious! (And smart and generous and a bunch of other good qualities, but if you make me laugh a lot, you're added to My List.) 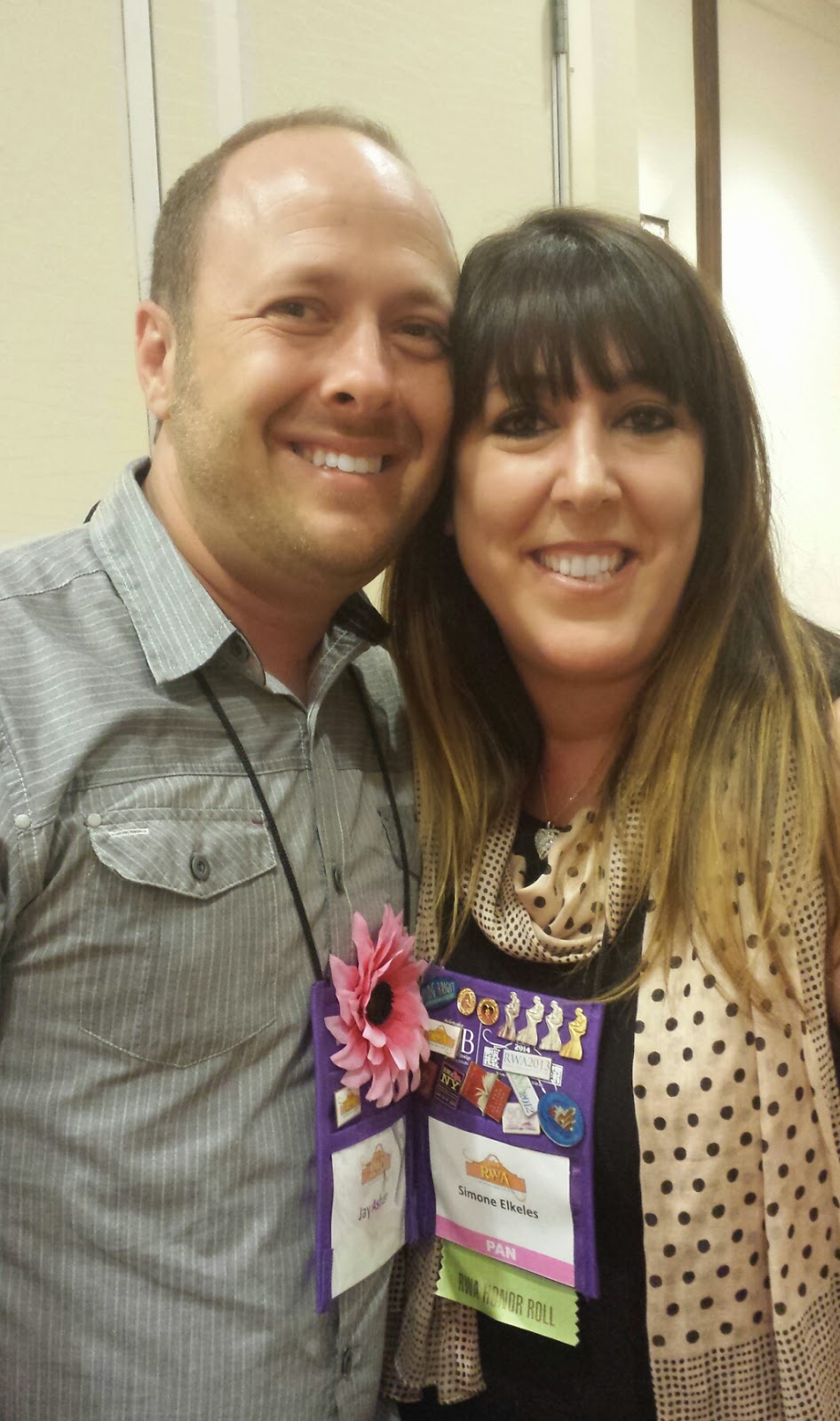 An author I've grown fond of on Facebook and couldn't wait to meet in person is Wendy Corsi Staub. It's kind of awesome (in a really awesome way) when an author you admire is a fan of your work. Only after praising each other online post-conference did we learn that we've both worked with Kristen Pettit (she edited Thirteen Reasons Why). So we're basically fans and family! 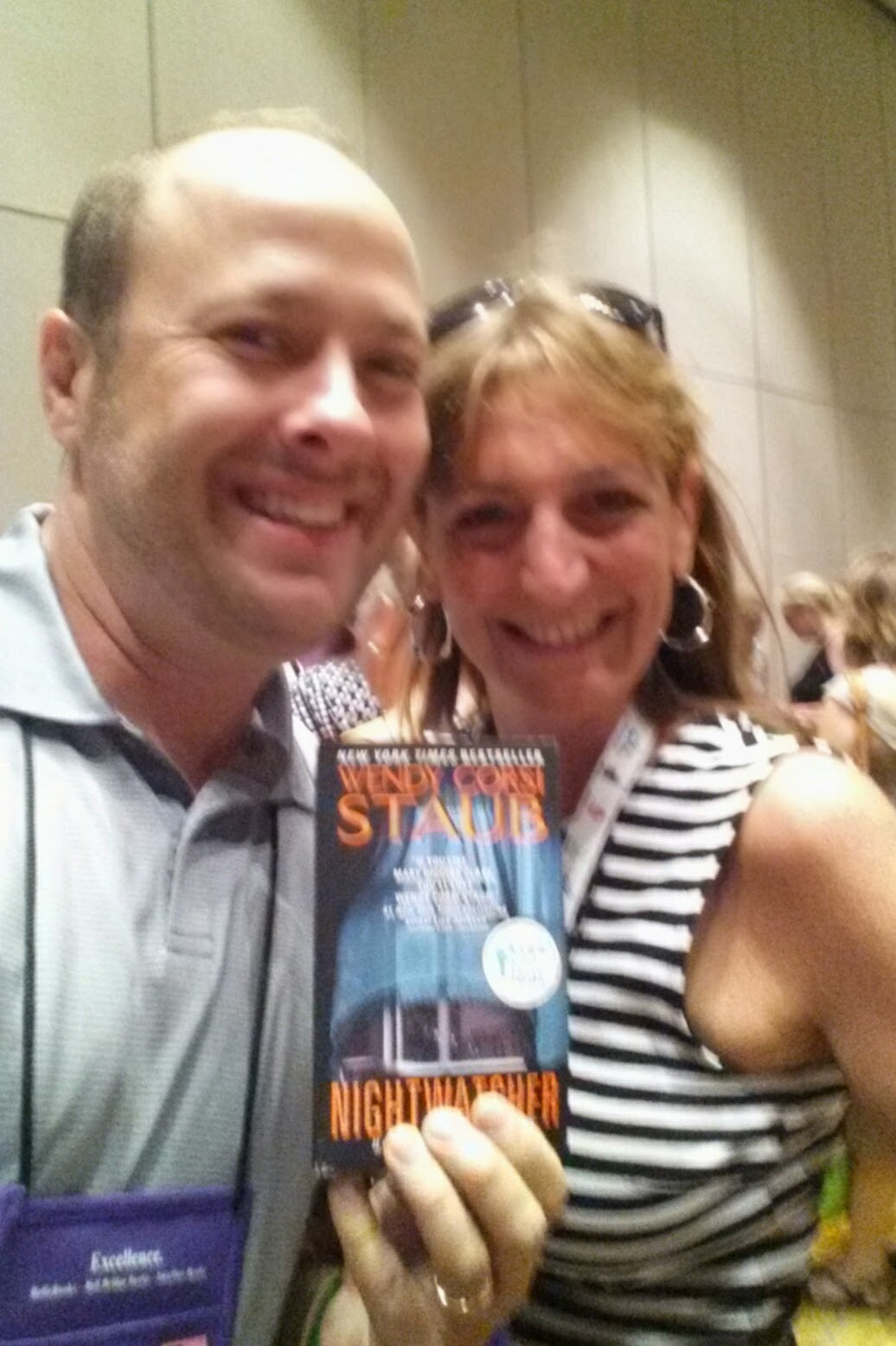 I had lunch with author Jennifer Snow, who has several books in a genre that gets its own table at bookstores the last couple months of every year, and which I've devoured more than my fair share: Christmas romances. I was first introduced to Jennifer after reading an article she wrote (and later signed for me) called Writing Holiday Romances.

And yes, she realizes how fun it is that her last name is Snow. 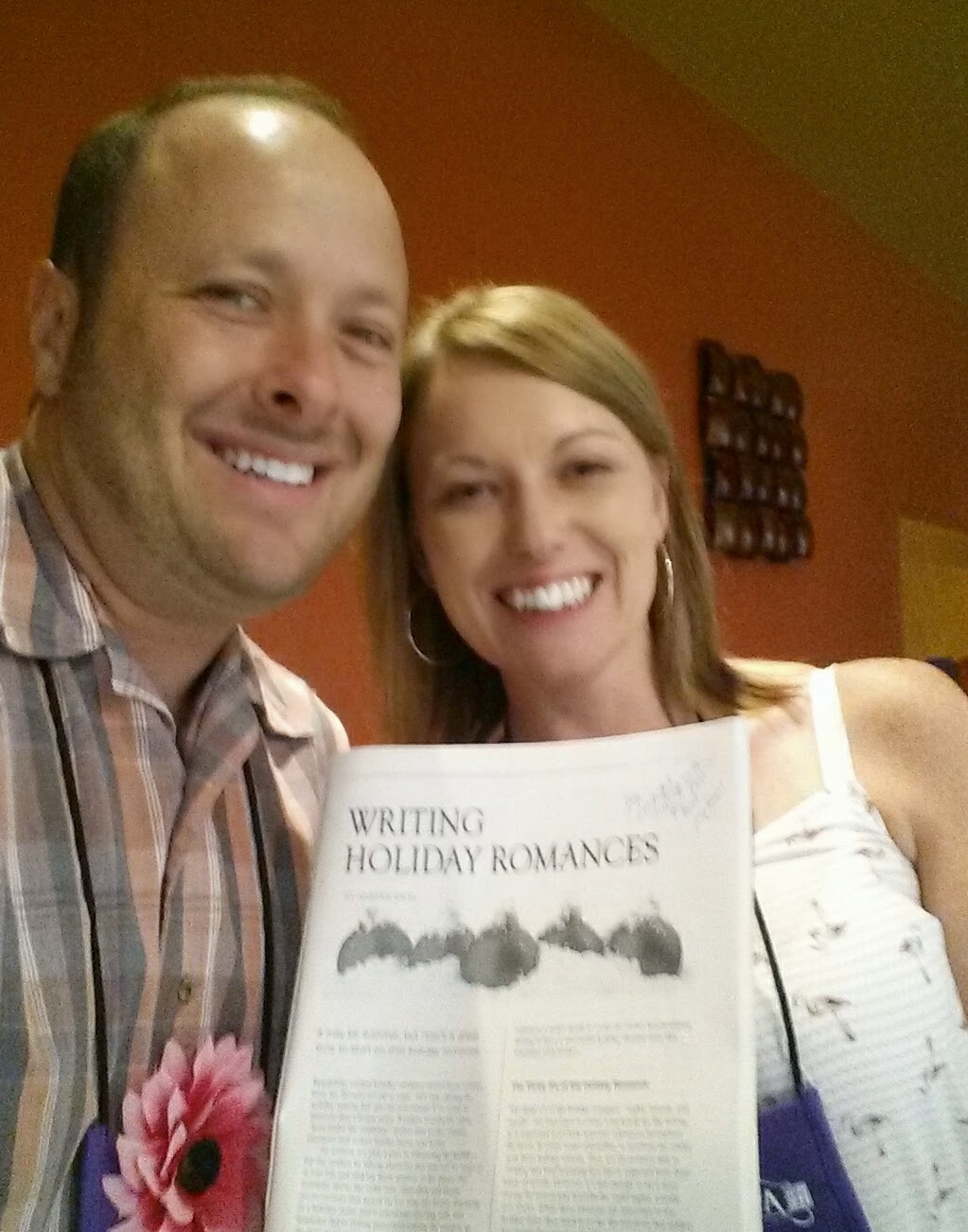 As I do in most big cities, I took a ghost tour. This pic was taken right outside the Alamo (remember that?). Here, the guide is teaching us how to use divining rods, which he then passed out to all of us so we could use them on our walk. I won't tell you what my divining rods did, but the scene may wind up in a future book. 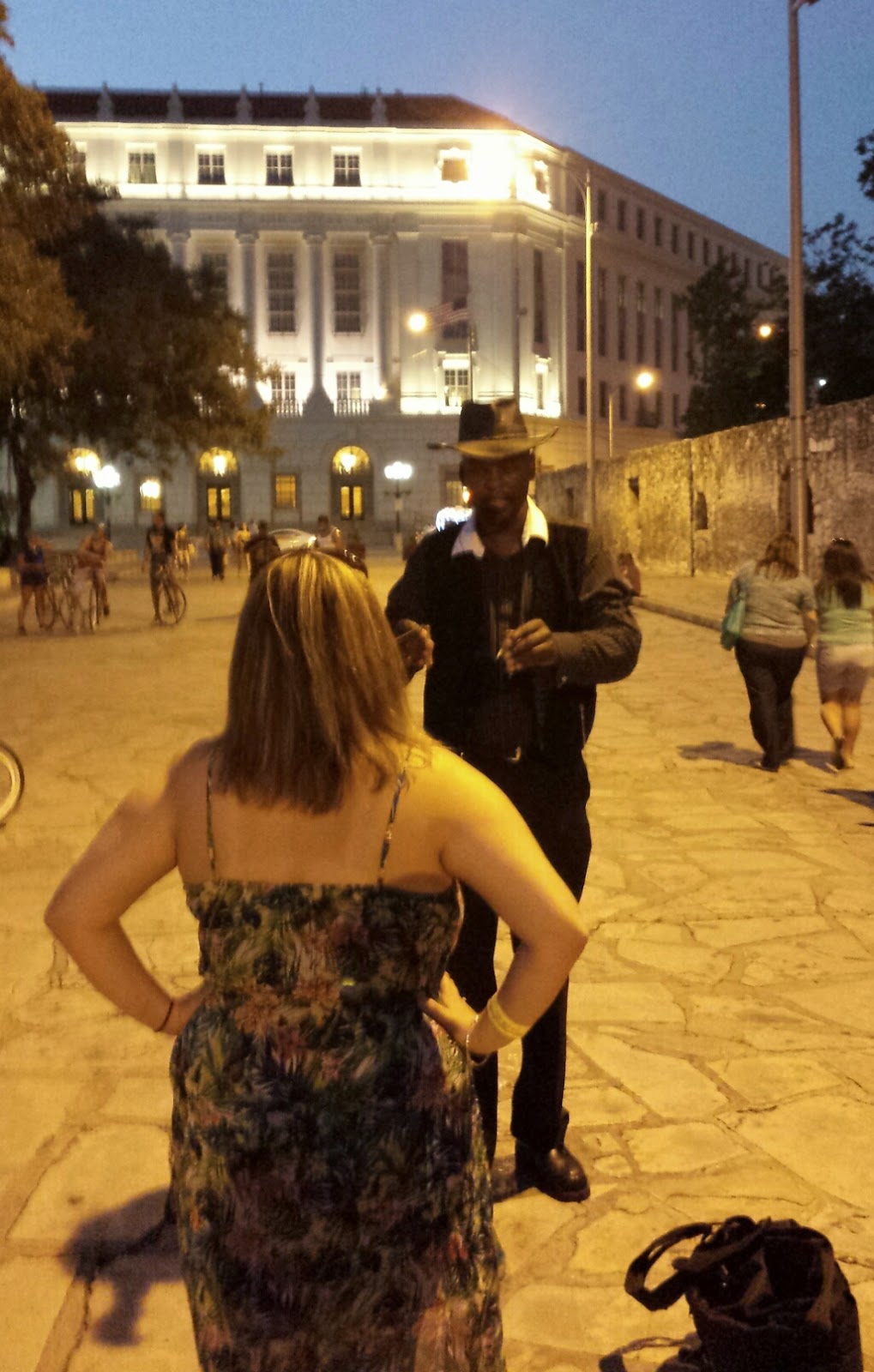 Like last year, the most inspiring time at RWA was during the awards ceremony. I sat at a table seating the most YA Golden Heart finalists, including the eventual winner, McCall Hoyle. Here's a pic of all the finalists in attendance taken prior to the ceremony (where they dressed even fancier!). 
I was lucky enough to get a pre-publication signed copy of Amy's debut novel (a New Adult book written as Amy Patrick), Channel 20 Something!

Less than a week later, I was in Los Angeles for the Society of Children's Book Writers & Illustrators (SCBWI) conference. Each year, faculty members introduce themselves by name, and then give one word. My word this year: #selfie. And then I took a selfie, having no idea it would be retweeted over 1,800 times. If I'd known that, I wouldn't have offered a nostril shot!

Here's a video of me taking that shot.

Several months ago, author Stephen Chbosky asked if I'd like to co-lead a workshop with him. Stephen has become a friend over the past couple of years, and we both love each other's work, but I was nervous as we approached our event. What if we didn't blend well in front of an audience?

Well, as one writer tweeted:

One of many inspiring events at the SCBWI conference is the portfolio showcase. It's always a well attended event, giving us a chance to check out the illustrations of other attendees. 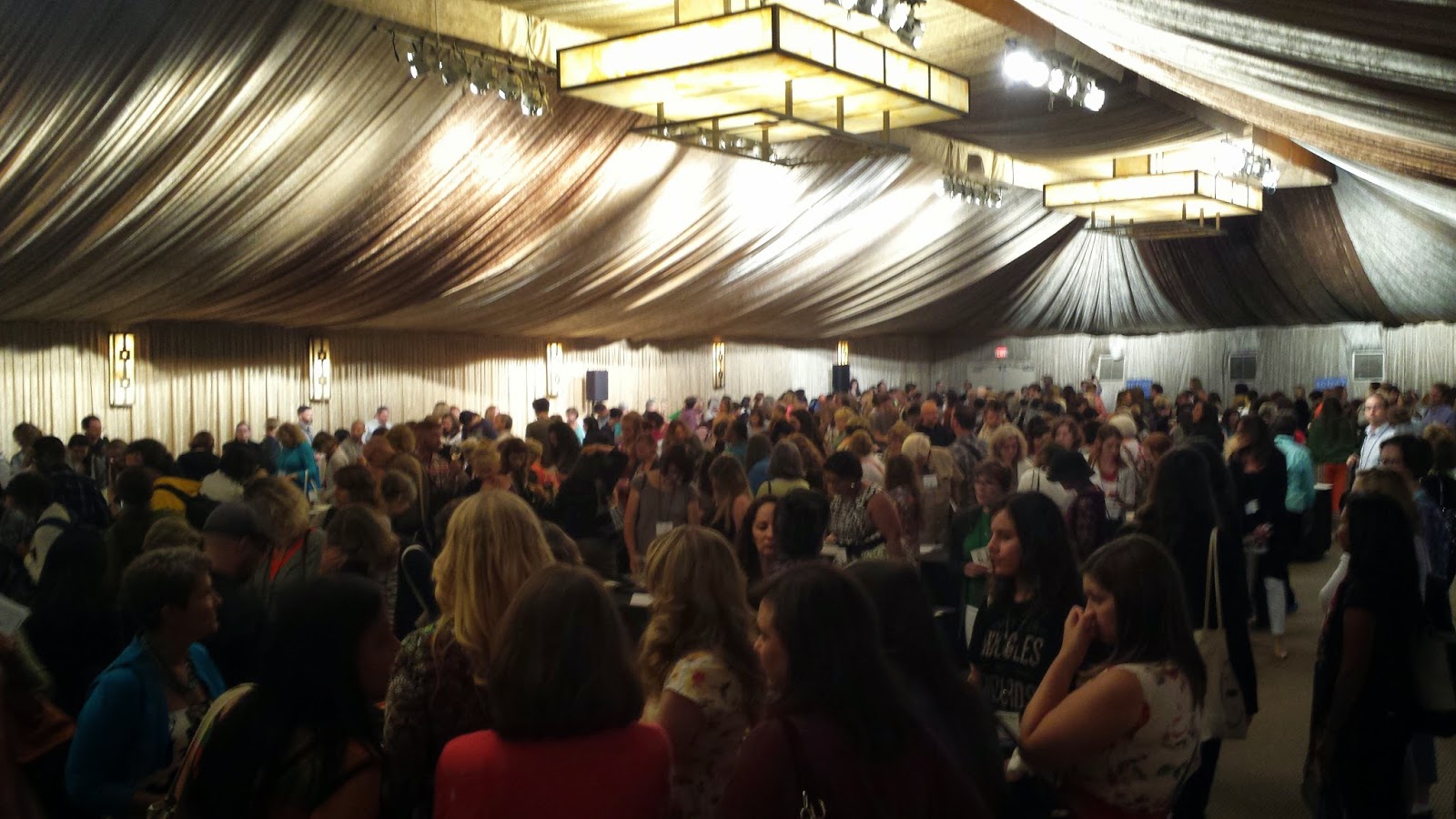 The theme for this year's afterhours party was Old Italy. So a month before the conference, off to the costume shop I went! And Ruta Sepetys was kind enough to pose with me. 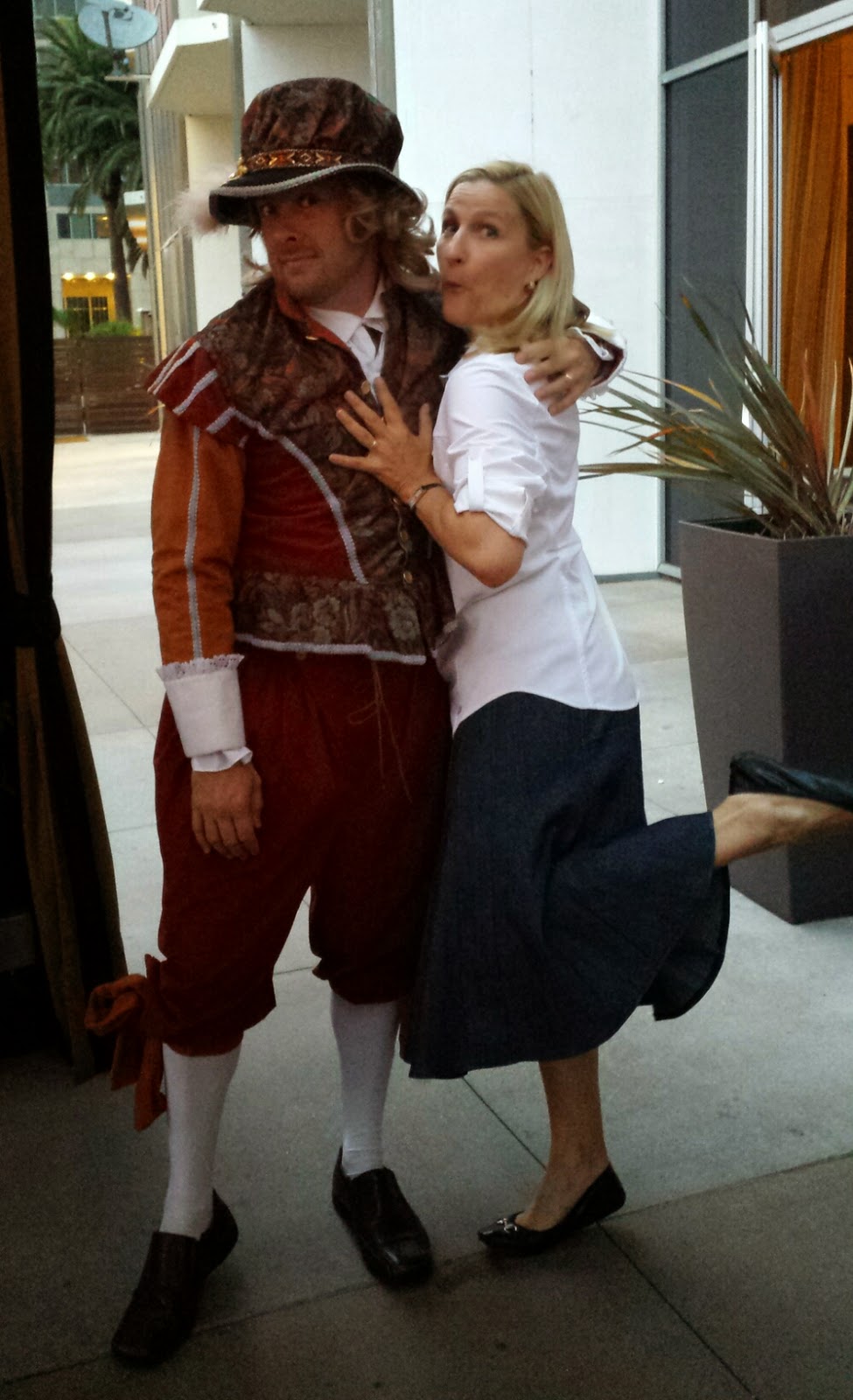 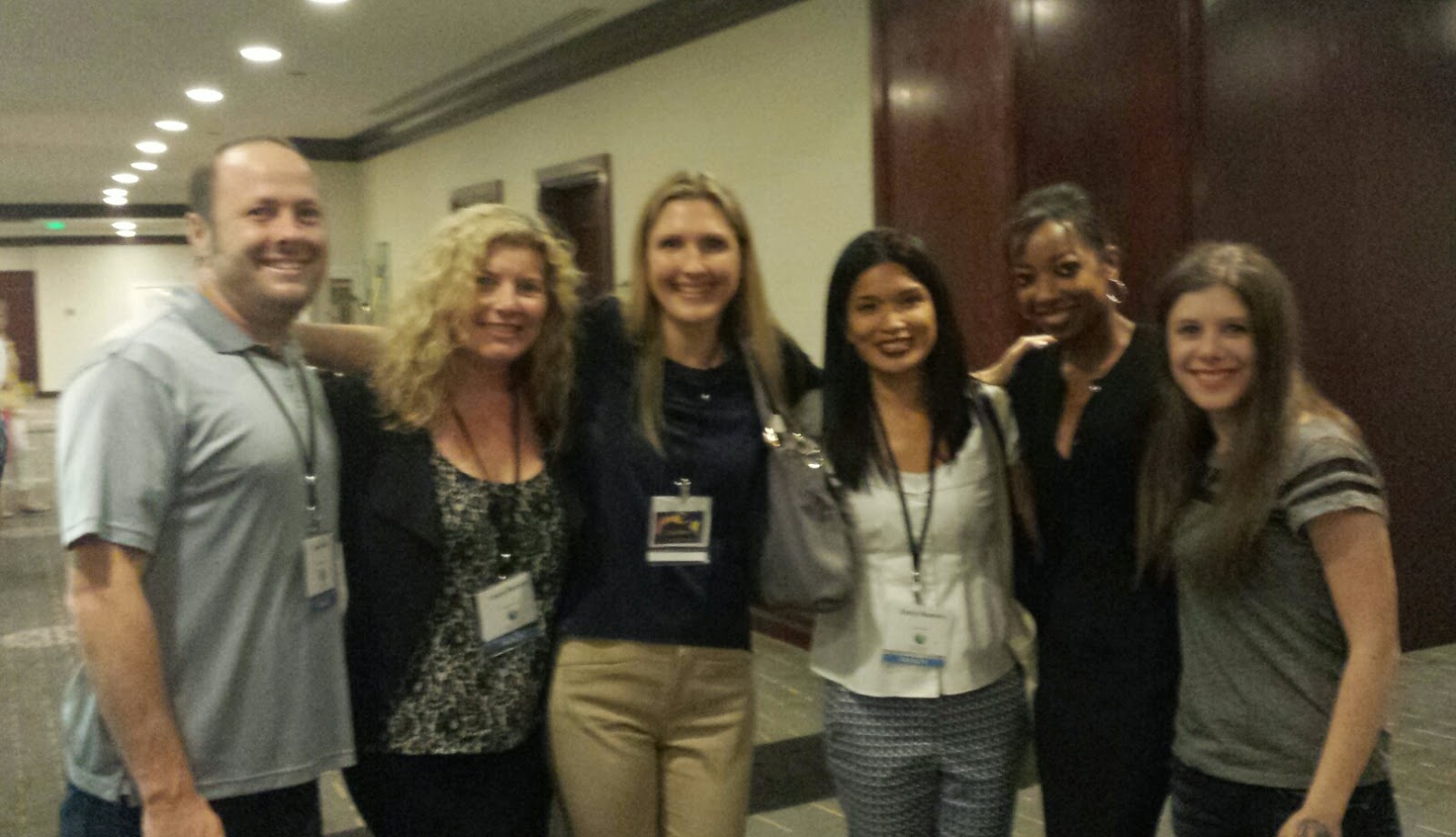 The reason for the Old Italy theme was the celebration of Tomie dePaola's 80th birthday. Unfortunately, he couldn't make the conference in person. So he Skyped in, where he was just as funny and charming as he is in the flesh. 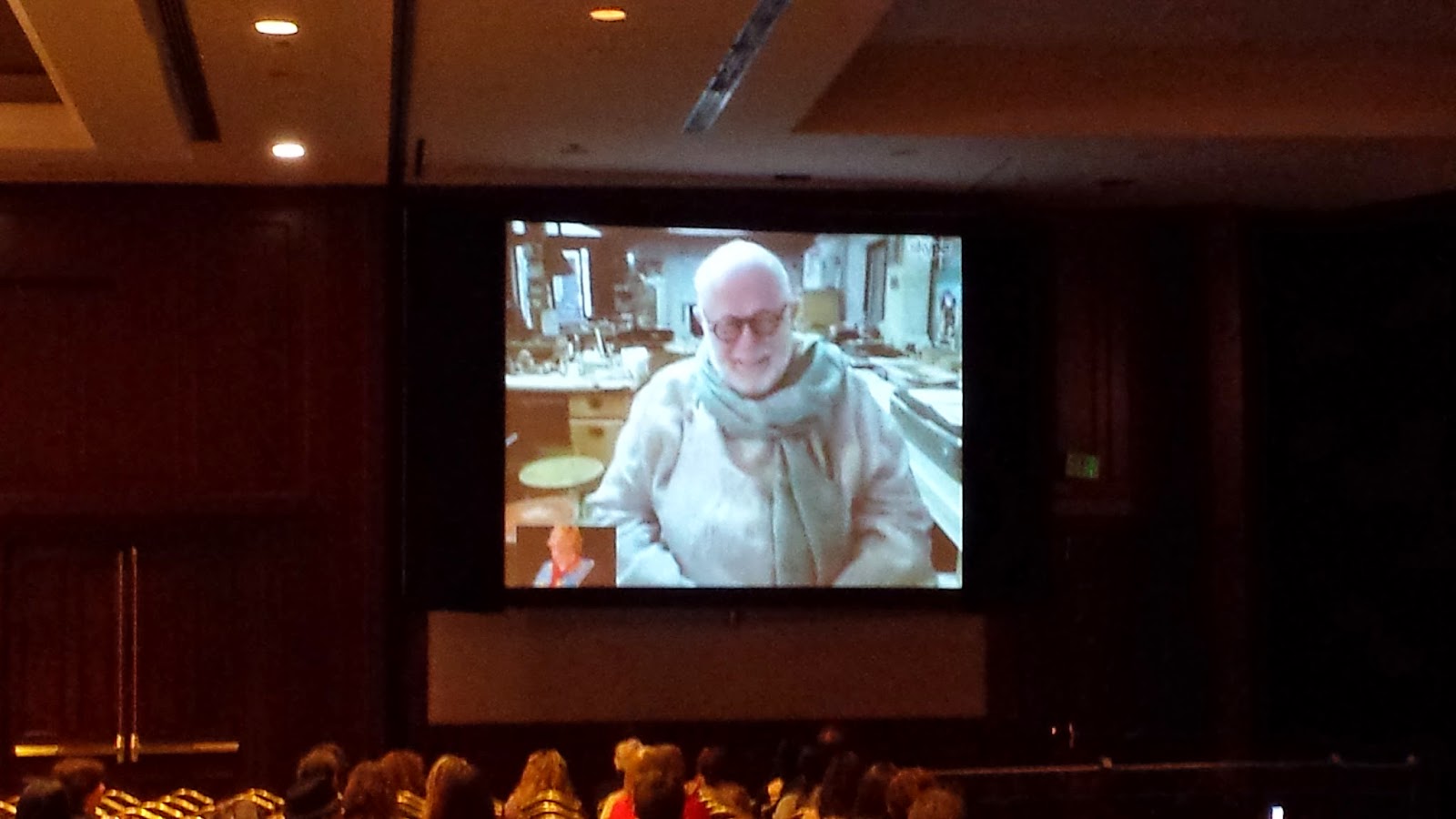 I was fortunate enough to have my conference align with a break in Joel Johnstone's acting schedule. The last time we met up was in New York City when Joel recorded the voice of Clay Jensen for the Thirteen Reasons Why audiobook. He did an amazing job with that role, and is a great guy with some exciting upcoming projects! 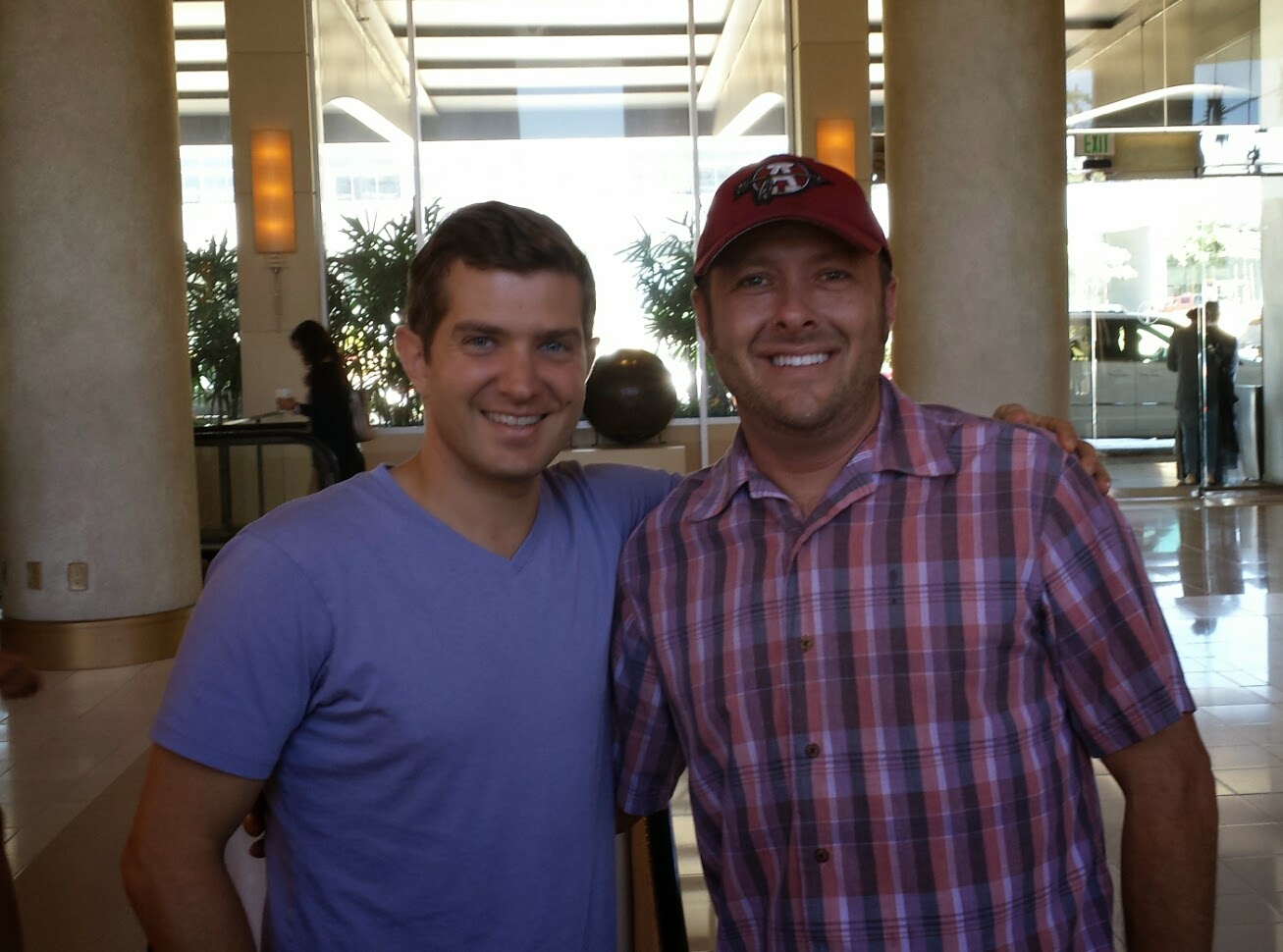 Monday night, there's always a faculty party where we stuff our faces, mingle, and check out photos taken throughout the conference. Scanning the pages of pics taken when each person introduced themselves and delivered their one word, I was (sadly) instantly recognizable. 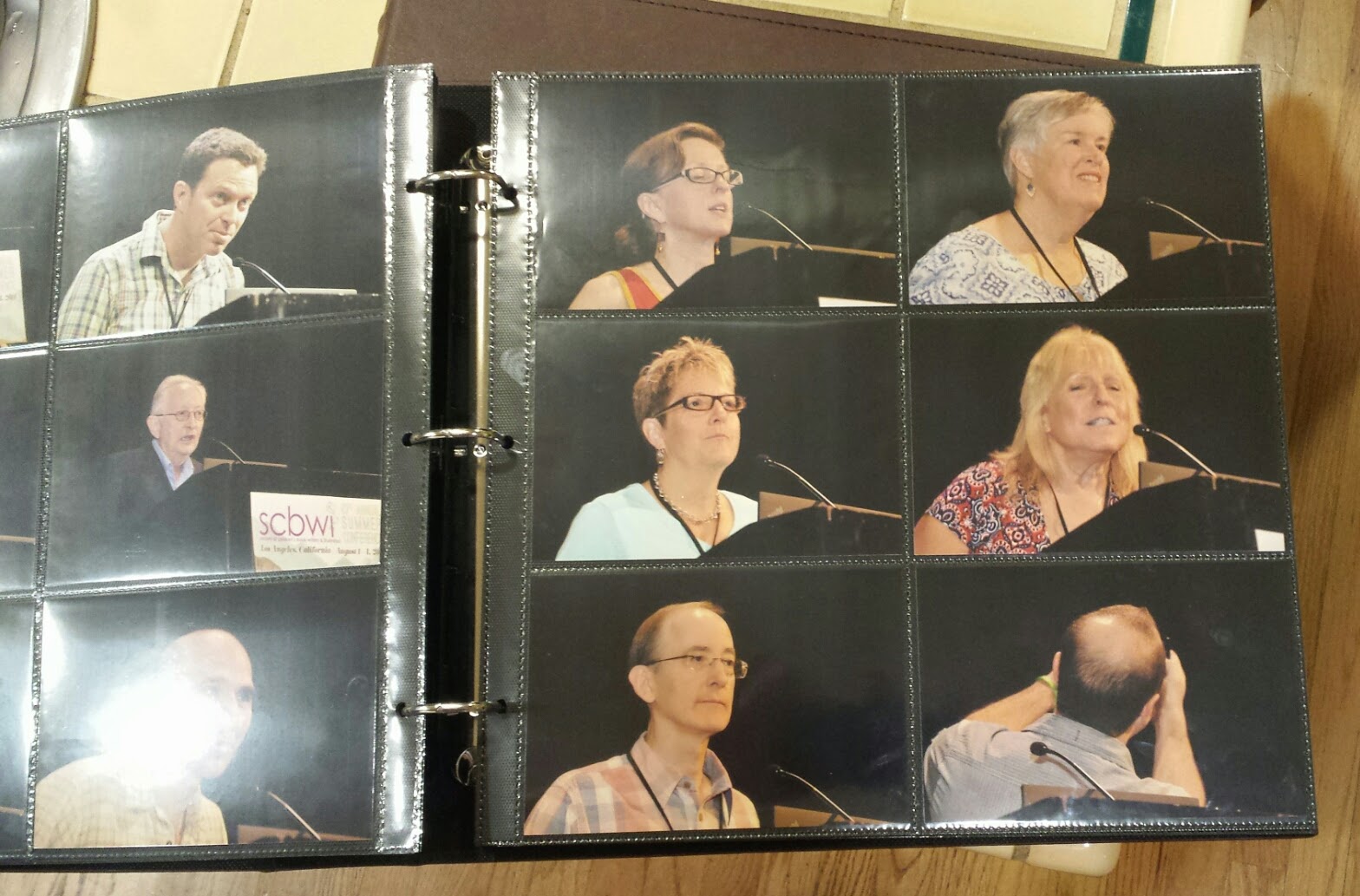 That's what I get for taking a selfie!

That party was also my chance to thank Lin Oliver for another wonderful conference, and to chat with Judy Blume. At three-and-a-half years old, my son is too young to realize the remarkable coolness in Ms. Blume's first words to me: "How's Isaiah?" 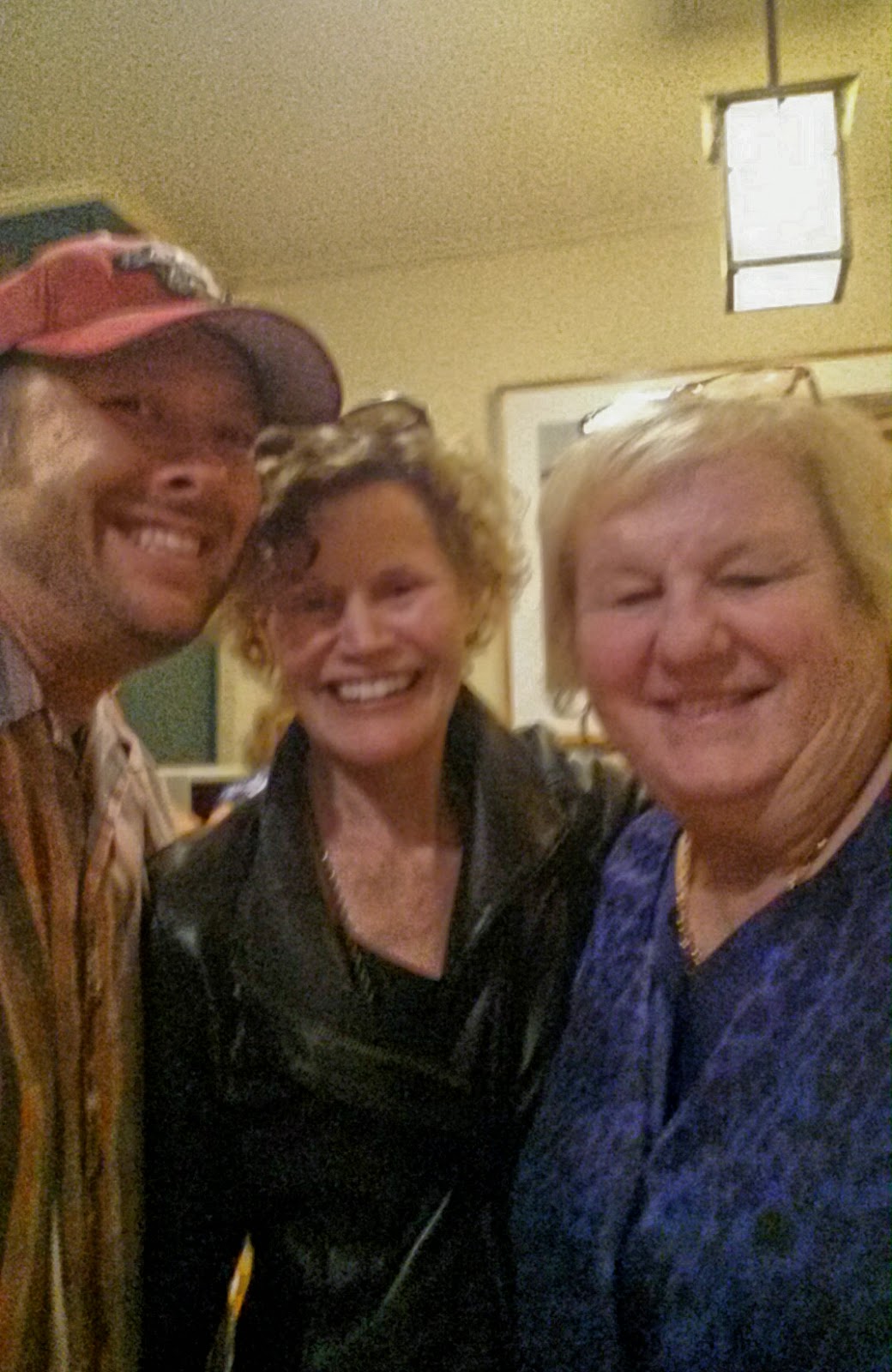 With all the coolness of the RWA and SCBWI conferences, my most exciting time came during an L.A. breakfast when a friend and I had a business meeting. Want more details? Are ya sure? Then cross your fingers, people!!!
Posted by Jay Asher at 4:51 PM

Wonderful pics! I opted for a regional confence for RWA this year so I love seeing these nationals pics!

It was lovely to meet you in SA, Jay!