The Psycho Circus is In Town 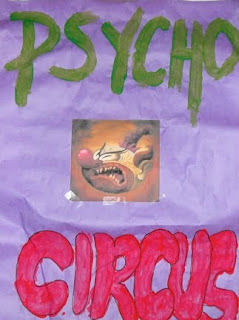 Everyone was given a character with a motive. I was the Strong Man and JoanMarie was the Fortune Teller. Isaiah made up his own character and came as the Circus Peanut. He's so funny! 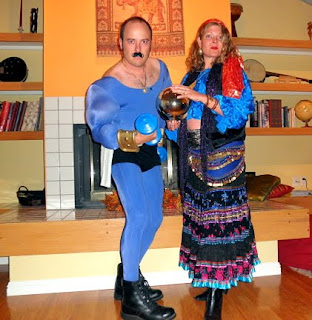 (I won for Best Costume, cuz that's how I roll!)
The Ringmaster greeted us and ushered us inside. But soon after everyone arrived, the Ringmaster was eaten by...or fed to...a lion. 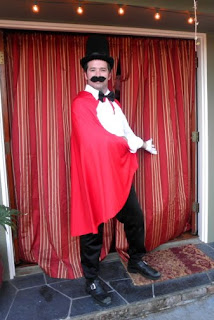 So who did it? It could've been anyone. We all had our reasons. We all had the means. But I won't give away the killer's identity because this is a murder-mystery party you could be invited to in the future, and then that wouldn't be fair, now would it?

I will tell you that he or she is one of the faces within this cast of circus freaks. 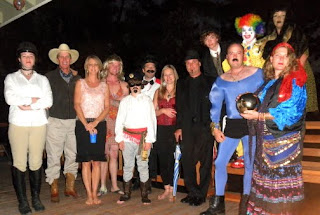 Oh...dear...hahahaha...can't breathe...can't stop laughing... THAT is the best costume ever. But your facial expression takes the cake...hahahaha.

That is so awesome. Looks like you had a great time.

If you're ever looking for a part-time gig, you could so be a strong man. :)

JM looks great too. That must have bee a lot of fun.