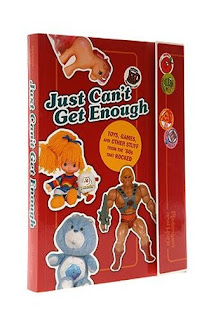 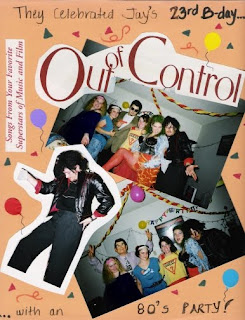 Oh, that looks super exciting! And I remember playing Girl Talk. Surprisingly, that zit sticker can convince girls do do lots of truths and dares ...

Oh, hahaha! I'd forgotten about the zits stickers in Girl Talk! Probably because we used them up in the first night. I had zit stickers all over my body!

I remember Girl Talk! I played it with my one good friend, just the two of us, and we always skipped over the ones we didn't want to do and we never gave eachother zits. It was AWESOME!

Also the Trapper Keeper. Wow! Blast from the past!

Ahhh, the 80s. I'm so buying that book. Did it have anything about Teddy Ruxpin, Glow Worms, or Wuzzles? They were some of my other favs.

There was a Girl Talk series???

No, they didn't have any of those, Karen. While the book did a great job with the 30-or-so things they did discuss (which covered a lot or territory), Mr. Ruxpin was one omission I noticed. Maybe they need to put together a sequel: Just Couldn't Get Enough Into One Book.

oh yes loved those stickers! I actually have a copy of Girl Talk on my bookshelf :)


I reposted our 2008 interview! On my blog...
www.jodikendall.blogspot.com

I MUST get this! I hope they cover Transformers and Crack-ups cars too.

Thanks for making me smile reflecting on the wonders of scratch and sniff stickers and the hilariousness of Garbage Pail Kids!